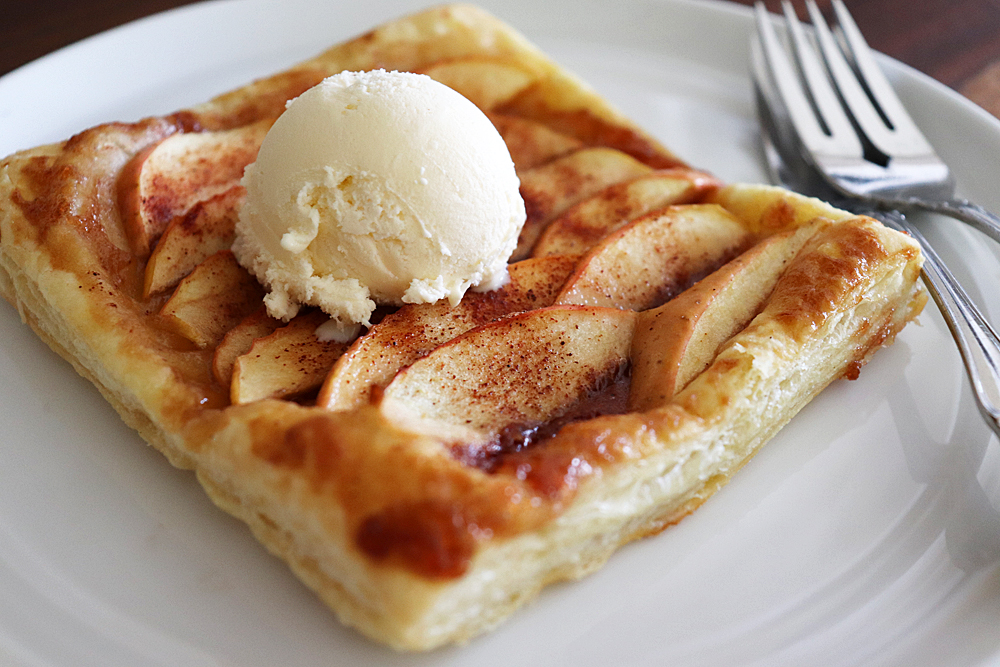 This Vegan Puff Pastry Cinnamon Apple Tart delivers a flavorful punch and it’s super easy to make! We’re using store bought puff pastry which is, by nature, “accidentally vegan”. Almost all commercial brands are, but always check the ingredients to be sure. Served warm and topped with your favorite vegan vanilla ice cream, what a stunner of a dessert! Let me show you how to make them.

You’ll want a red baking apple and leave the peel on! It adds so much to the presentation. You’ll want to cut into wedge slices like this.

What types of apple could I use?

Gala, Fuji, anything that is suitable for baking. I would not use a Red Delicious or any eating apple. You want something specifically designed for baking here. 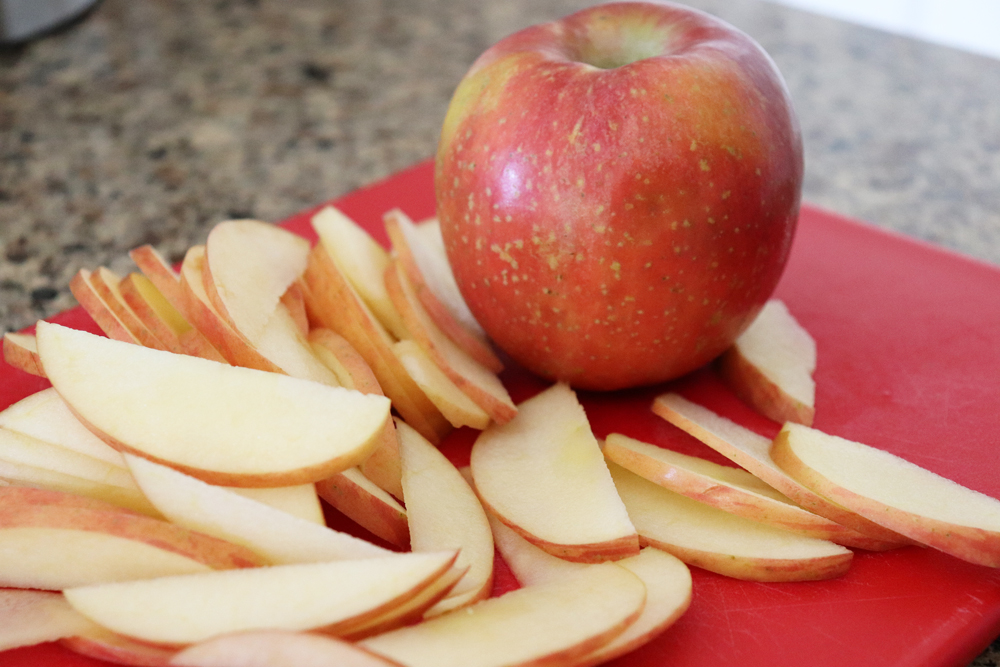 Take a sheet of puff pastry (defrost according to package instructions) and cut into squares. If you need to, you can lightly dust your work surface and roll to flatten slightly. Don’t worry too much about those creases as we will be covering them shortly! 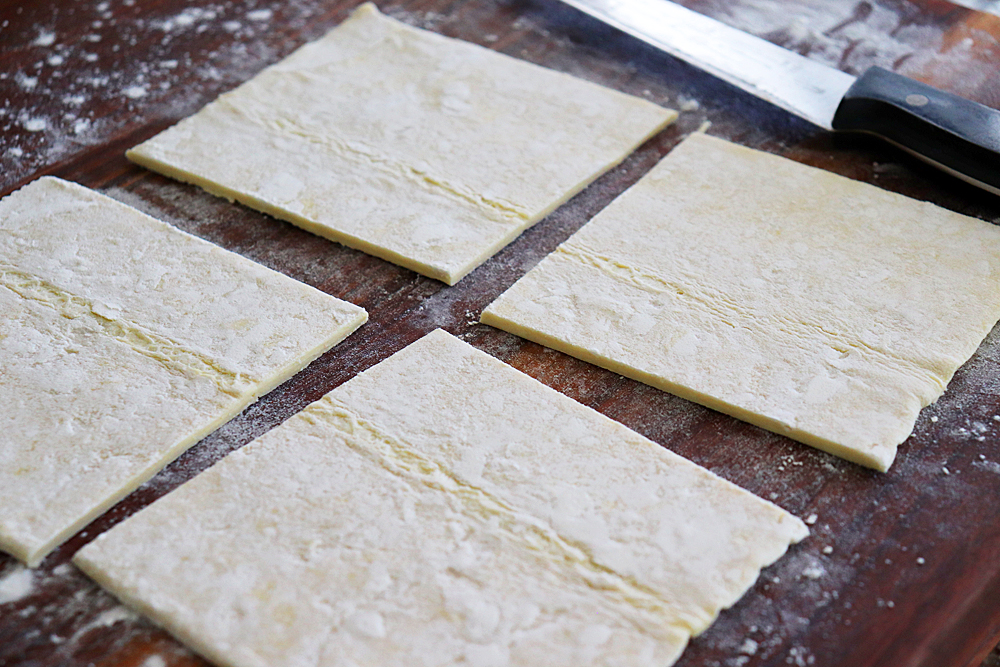 Use an apricot or strawberry jam and I found that if you microwave or heat it up ever so slightly, it spreads much easier. 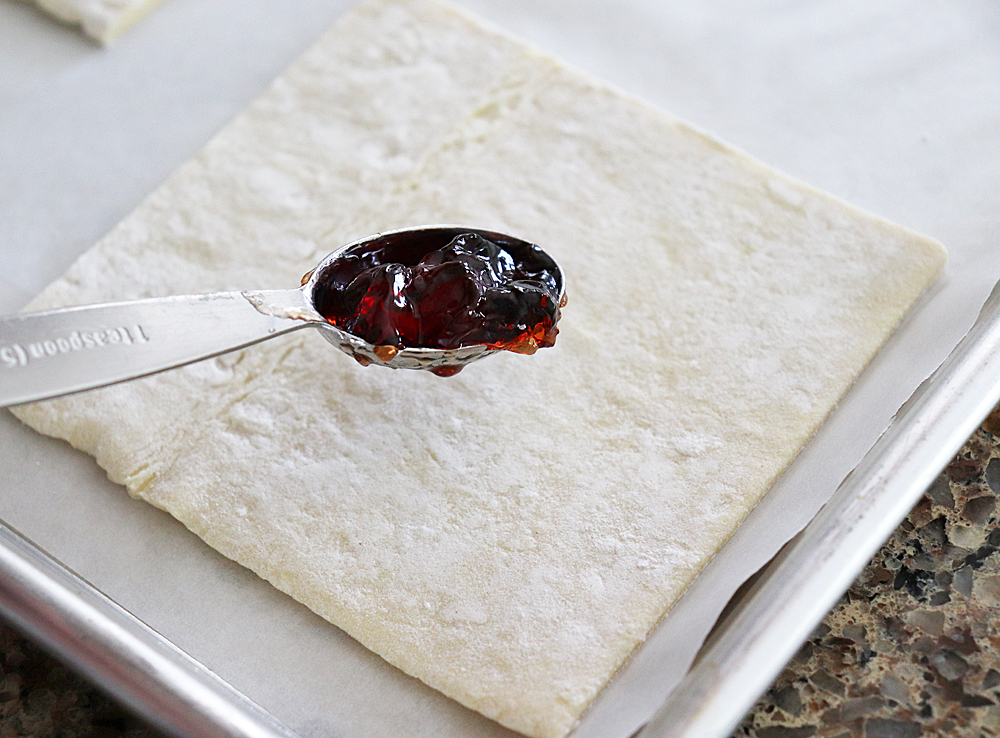 Spread it almost to the edge, but not quite. Top with cinnamon sugar. This is 1 tsp of ground cinnamon to 2 tsp of sugar that I mixed together. We’ll be using half of the mixture here and a bit more later. 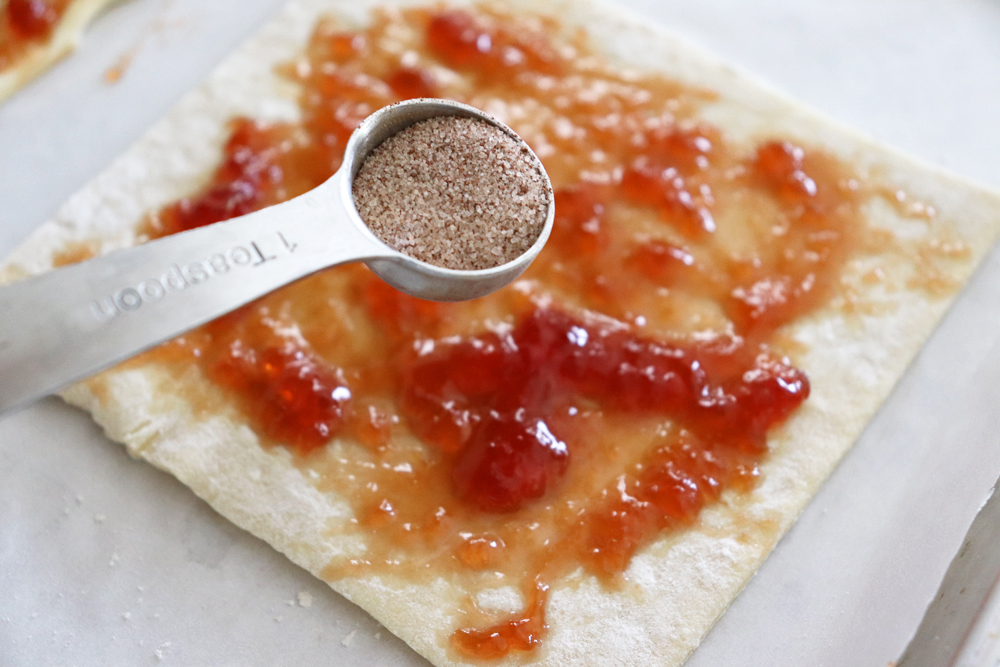 Now, taking those wedges of thinly sliced apple, shingle them as I have here. I like to stagger them, but you could also do two entire rows if they fit.

Could I use another fruit?

Absolutely! Pears would work really, really well in this recipe. 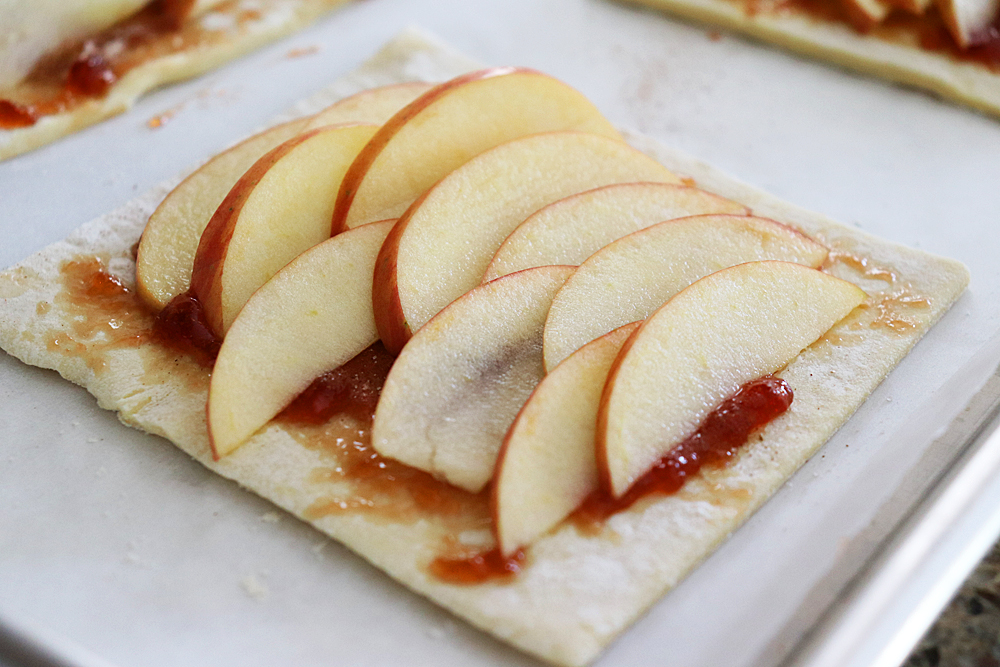 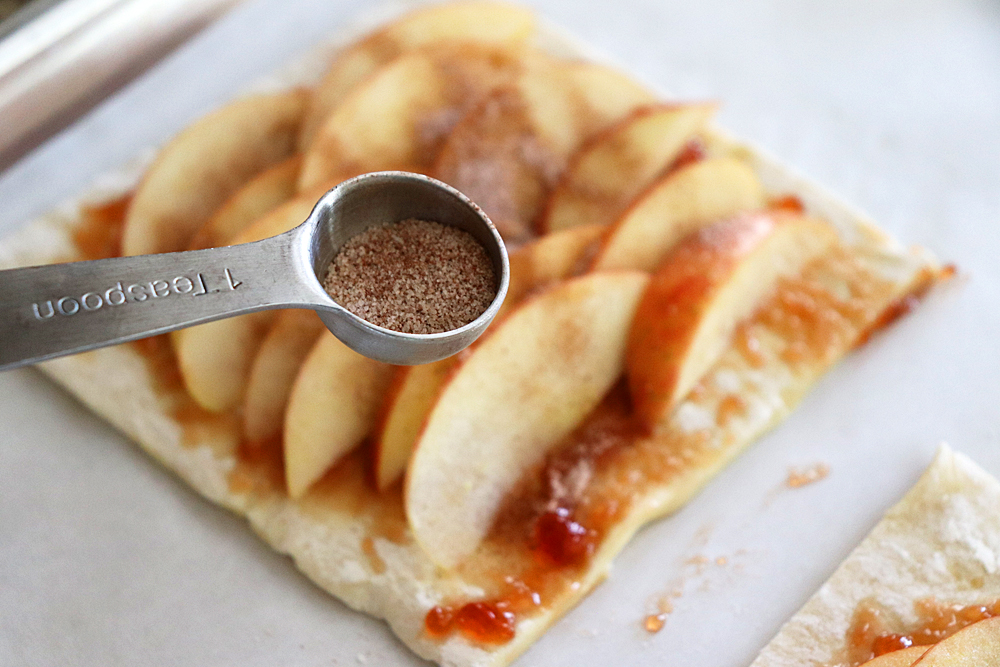 Now they are ready to bake. 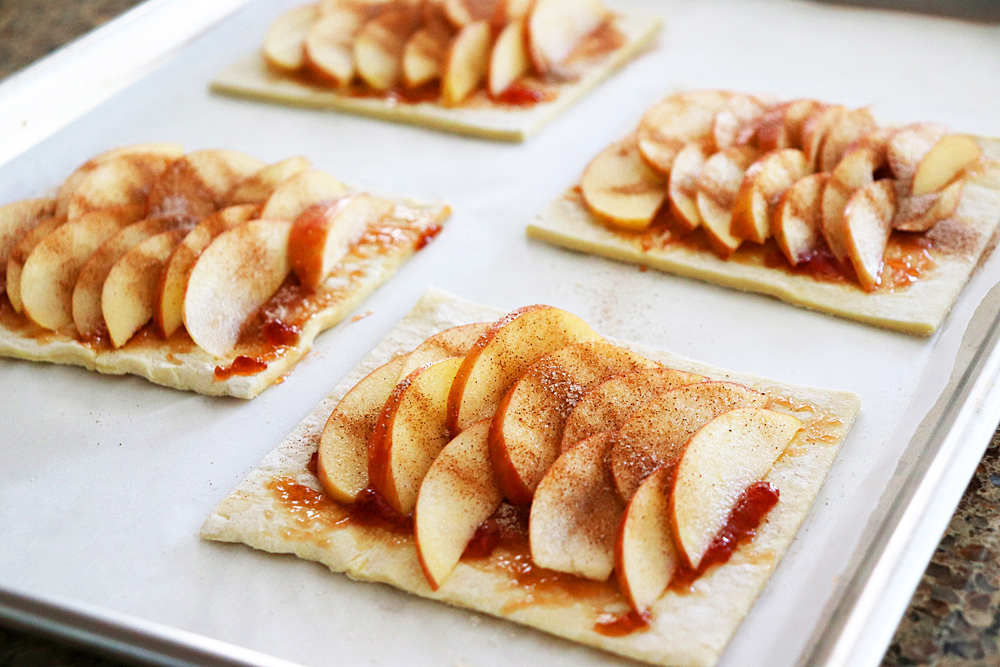 Bake for about 8-10 minutes, then brush with almond milk or melted vegan margarine. 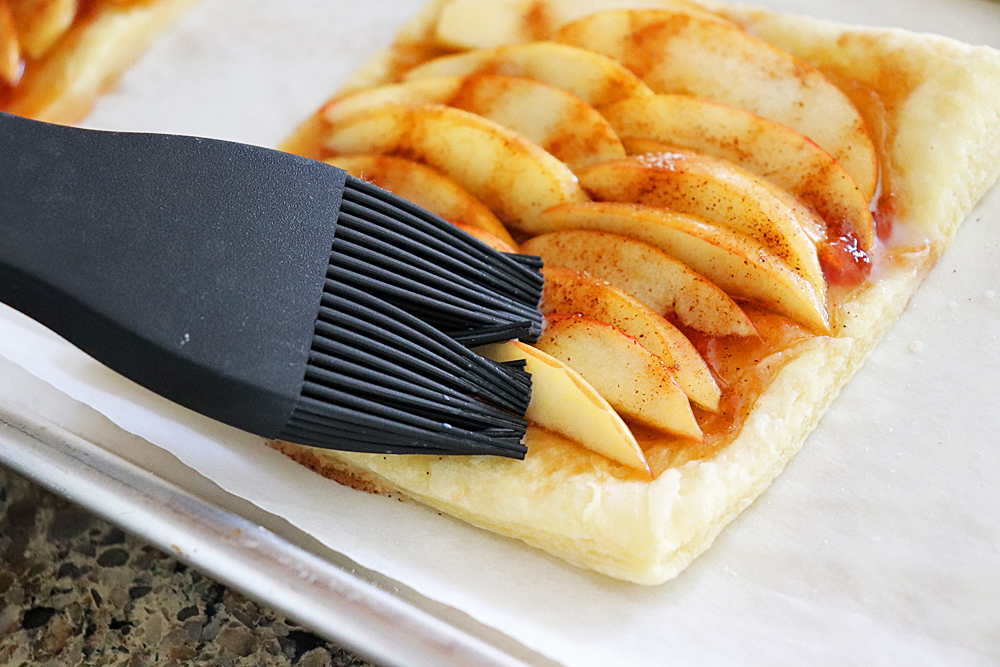 Bake for another 10 minutes or until golden and crisp on the edges. 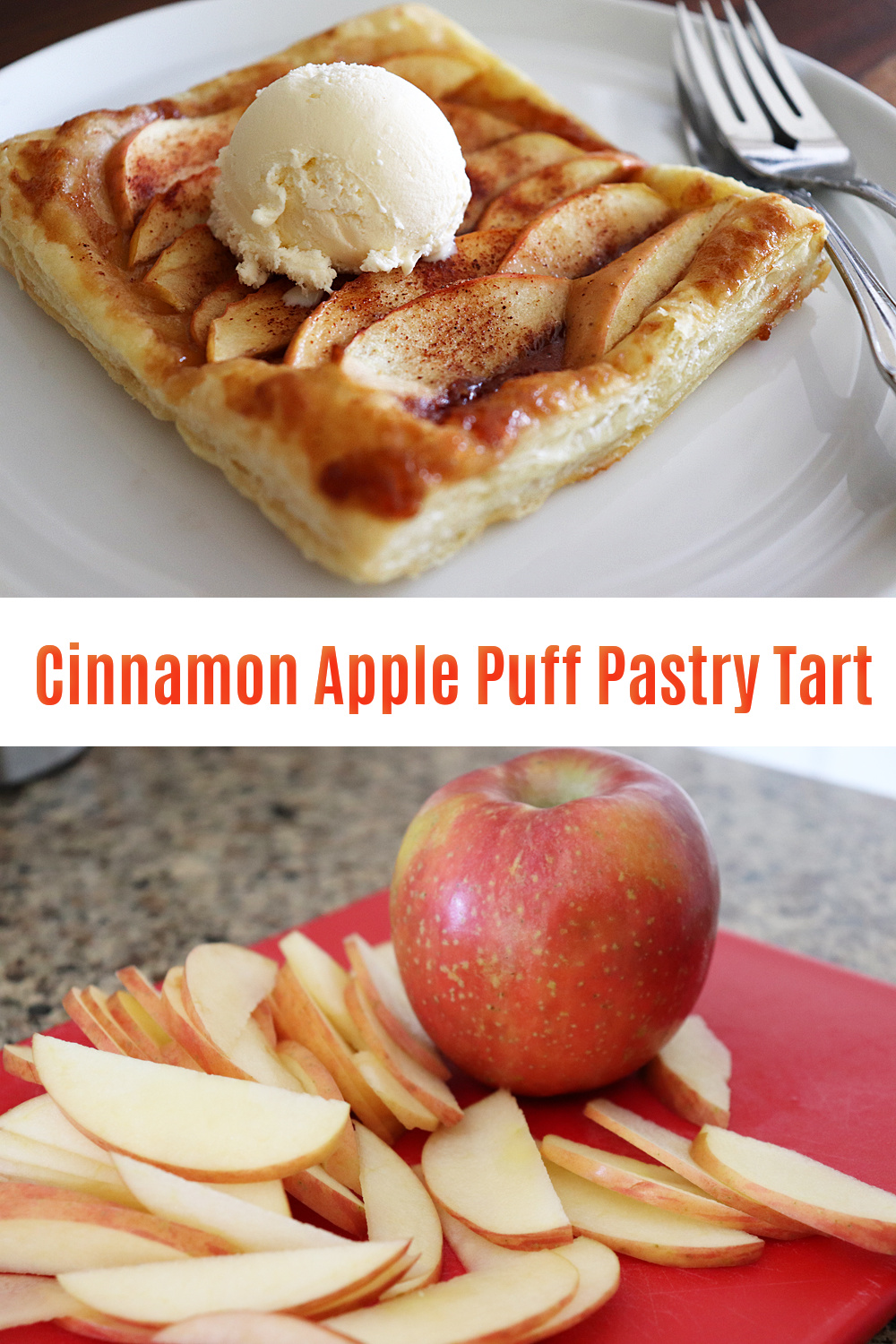 Did you make this recipe for my Vegan Puff Pastry Cinnamon Apple Tart? Leave me a comment below and let me know what you thought! 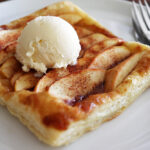 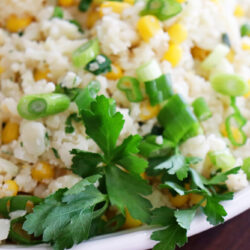 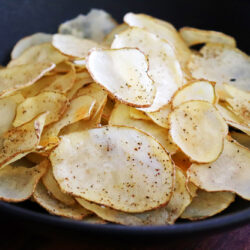