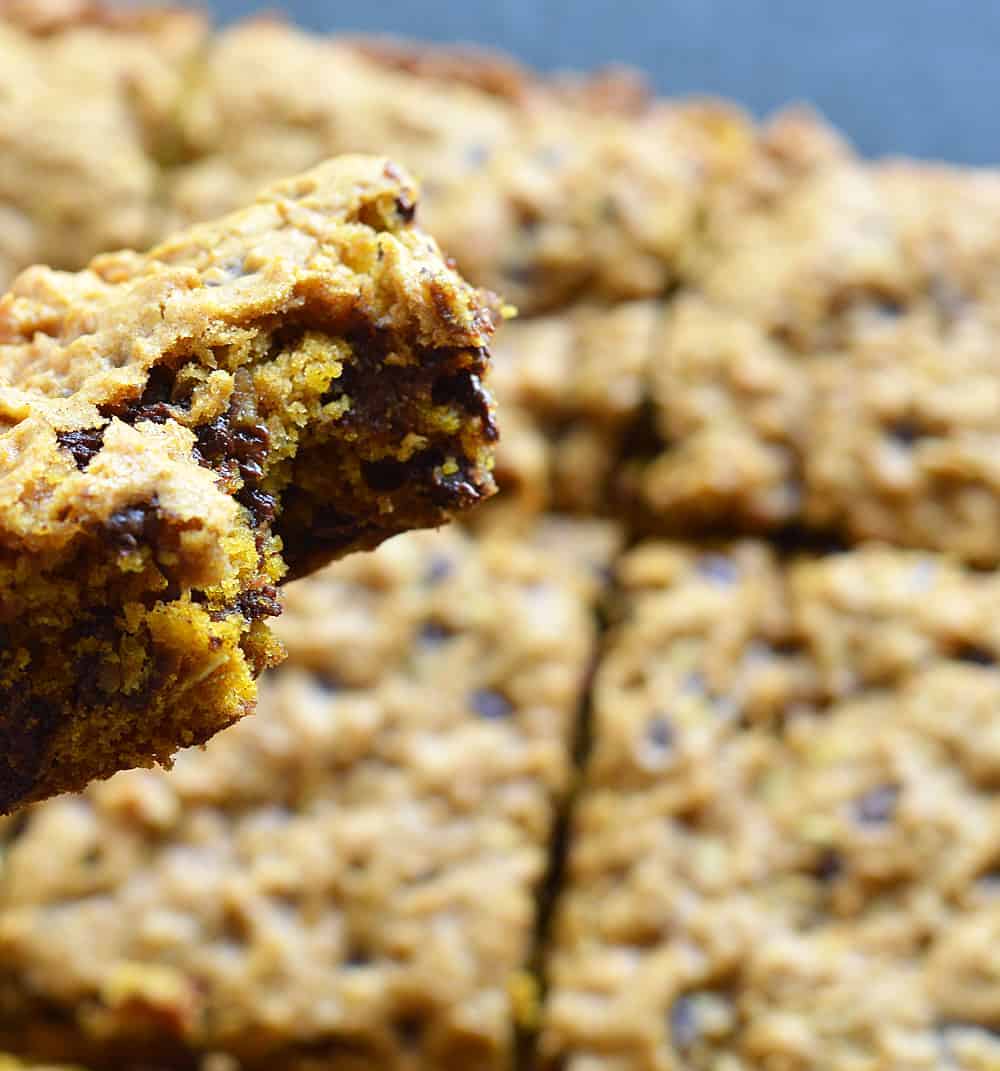 I absolutely love these Vegan Pumpkin Chocolate Chip Oatmeal Bars! I was looking around the house for ingredients I might have on hand such as, canned pumpkin, mini (vegan) chocolate chips and of course, oatmeal.  Such an easy, but tasty, dessert!  I call them “bars” but they are very moist and almost cake-like in texture. 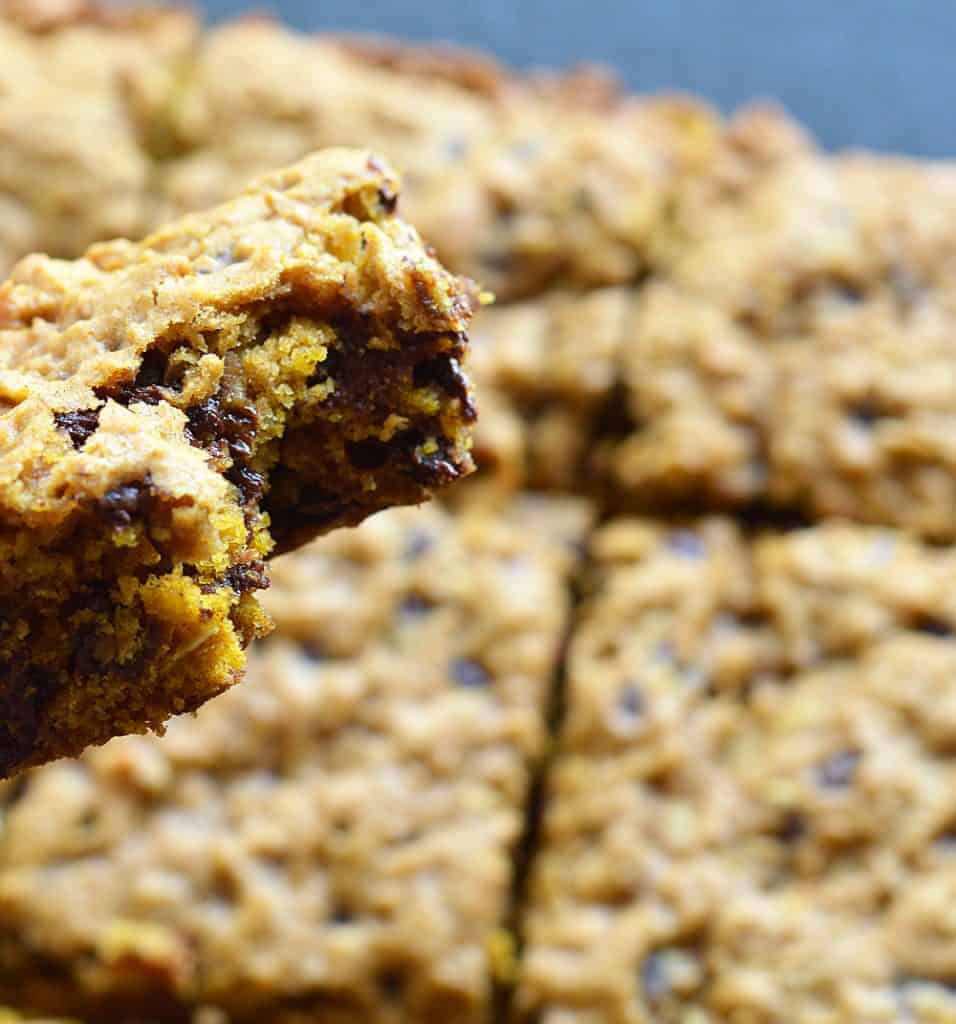 To the bowl of an electric mixer, I added vegan margarine that had been softened, sugar, brown sugar, a flax “egg”, pure vanilla extract and of course, the pumpkin puree.  Combine the two mixtures and fold in the mini chocolate chips.  These chips are by Enjoy Life, a vegan brand.

I line an 8″x8″ pan with parchment.  I also use a light spray on the edges to ensure easy removal.  I find the easiest way to deal with such a sticky batter is damp fingers pressing it evenly in the pan. 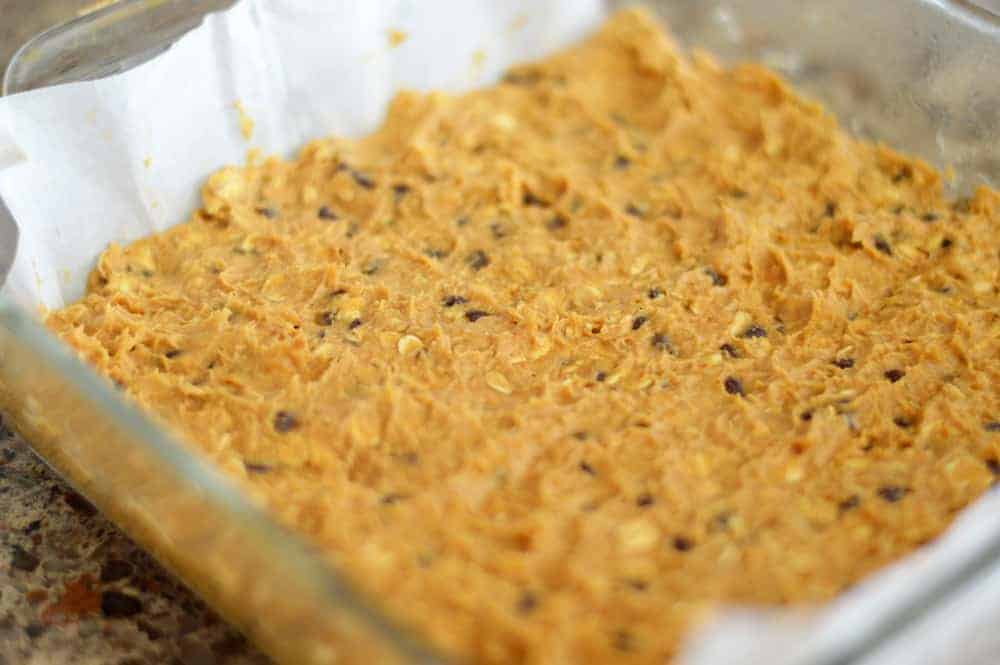 Bake until a toothpick inserted just comes clean.  Over baking will give you a dry cake and we want this moist, so keep a close eye on it as it bakes. 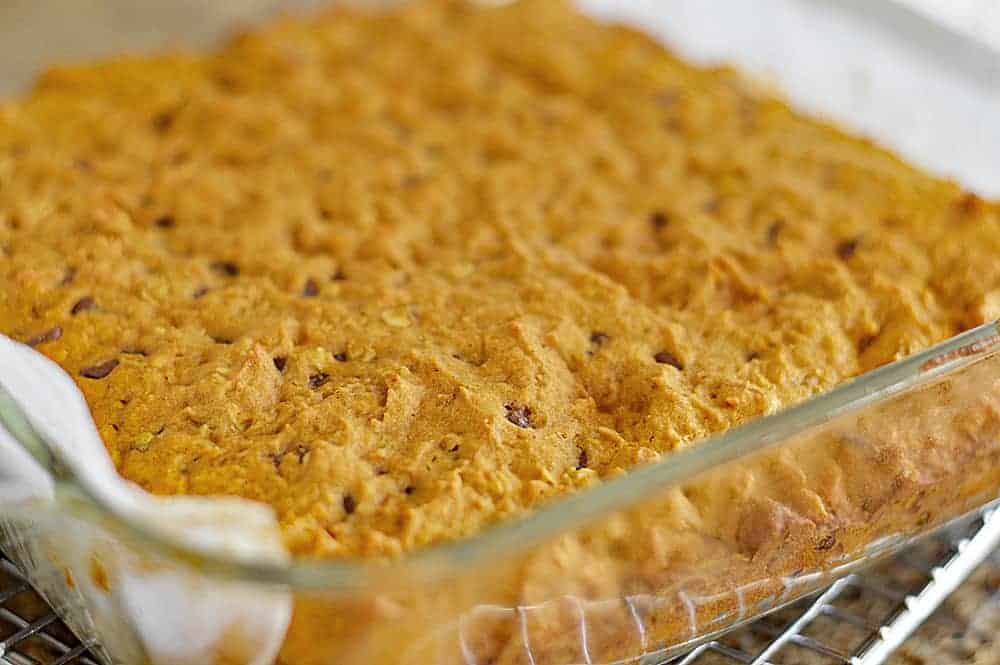 Allow to cool slightly before removing from the pan and cut into squares.  For serving, consider a vegan whipped cream or even served warm with a vegan vanilla bean ice cream.  If you really want to get fancy, you could plate them with a drizzle of a chocolate sauce. 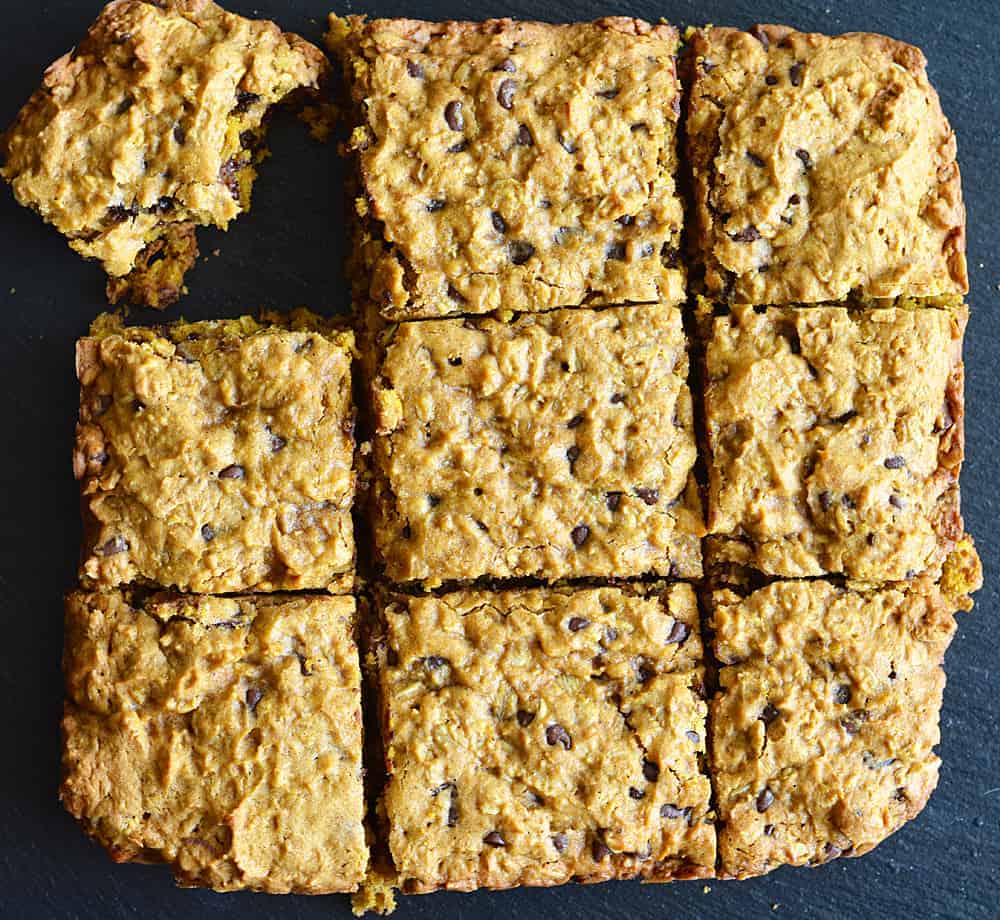 Just look how moist these are!  I couldn’t resist taking a bite of the warm pumpkin square.  So yummy 🙂 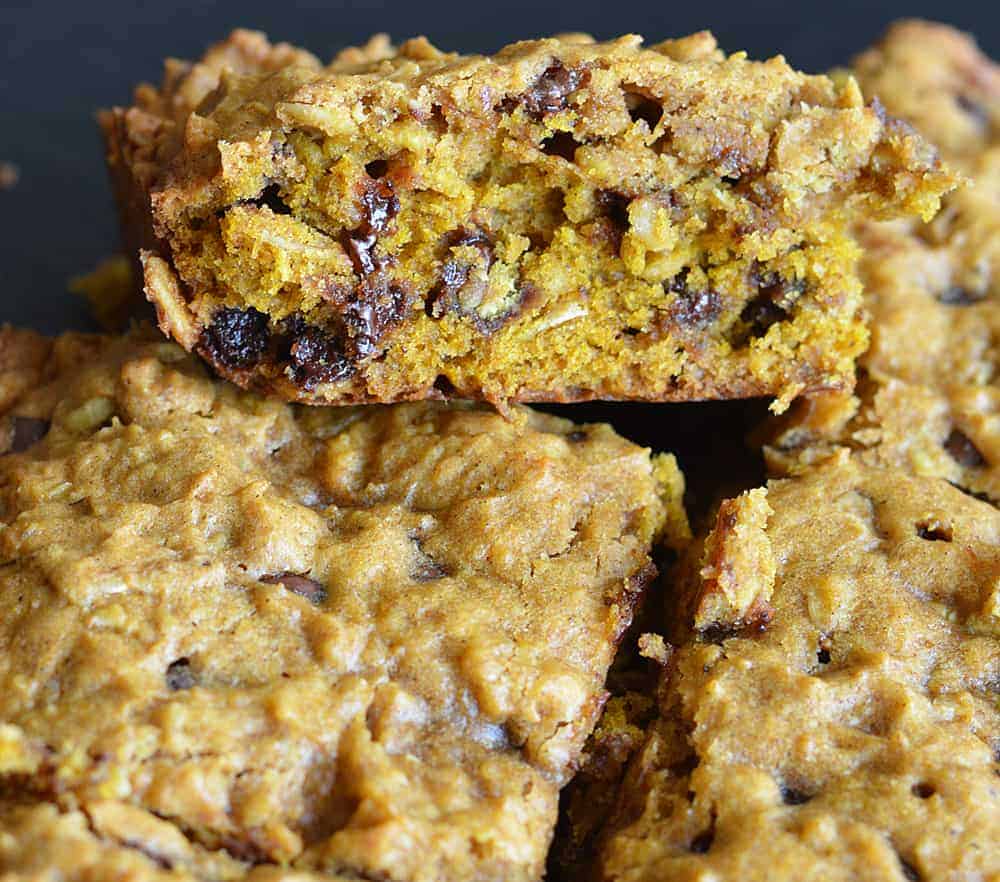 Did you make this recipe for Vegan Pumpkin Chocolate Chip Oatmeal Bars?  Leave me a comment below to let me know what you thought!
And if you enjoyed this recipe, why not PIN IT FOR LATER? ? 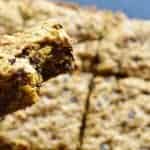 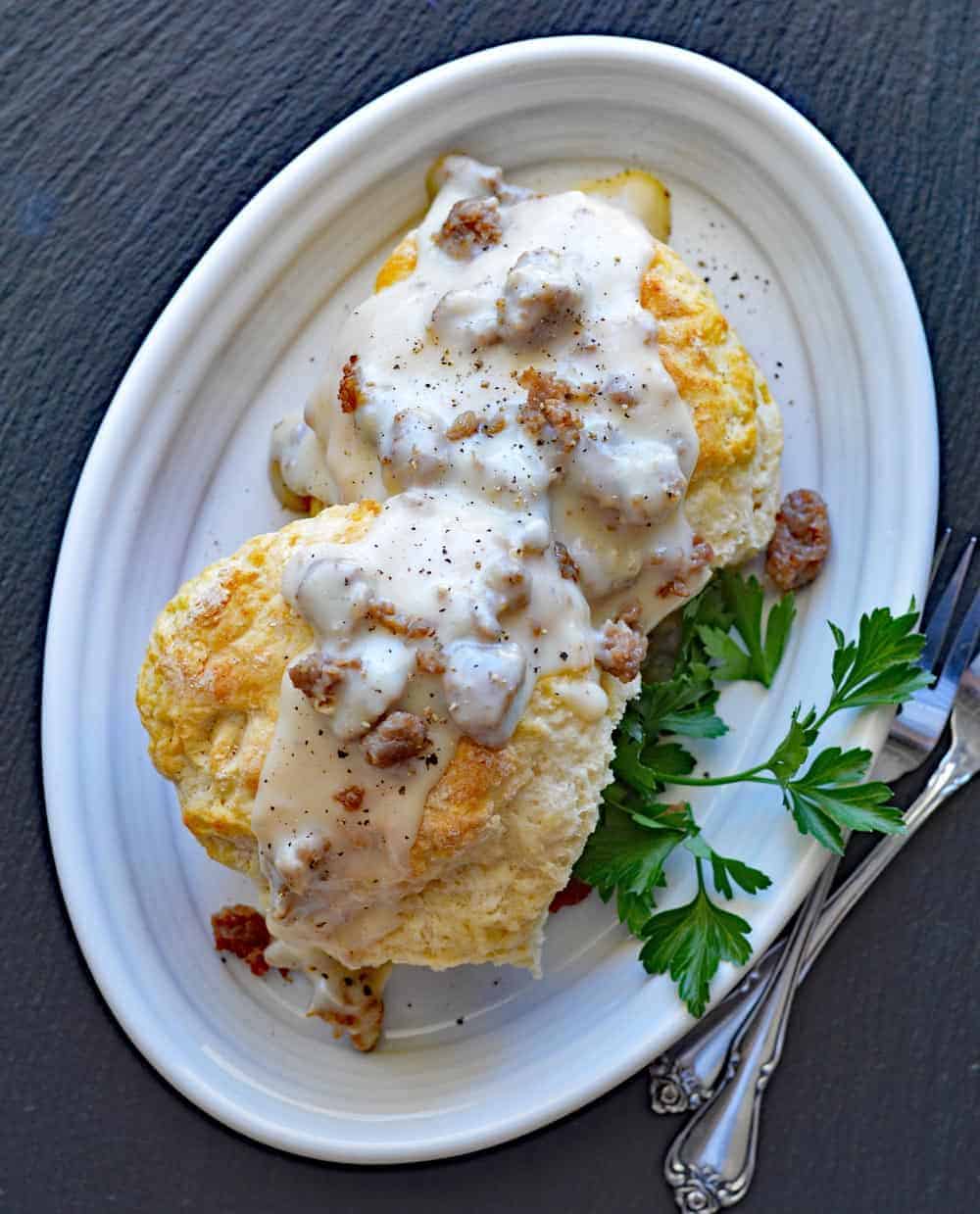 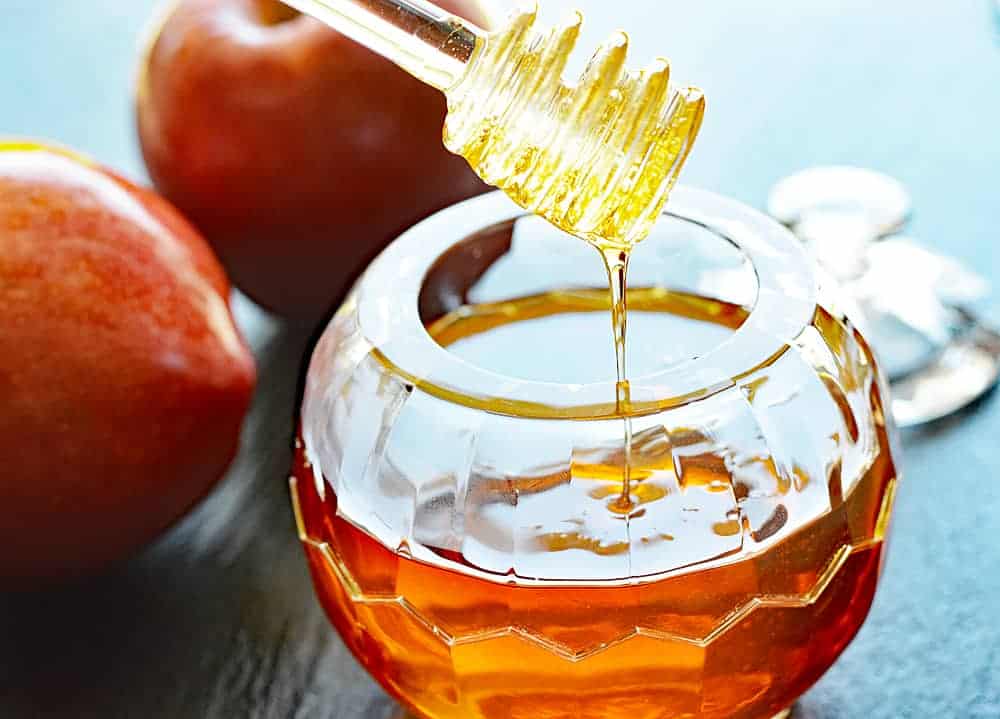