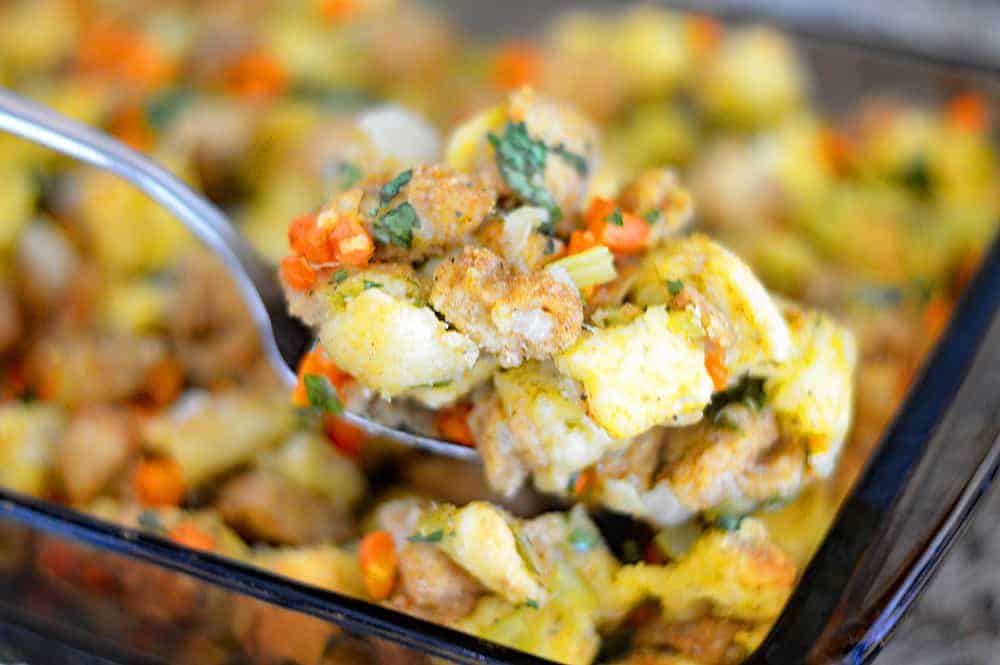 I recently did a recipe over on my sister-site, The Veg Life!, for Vegan Chorizo Cornbread Stuffing which was well-received, but left some wondering…what about a Traditional Thanksgiving Stuffing?  It’s not overly fancy or complicated, but this is how we have made stuffing in our family for as long as I can remember.

If you’re wondering, you can get the Vegan “Turkey” Style Gravy recipe here and on the right side of that plate, is my Vegan Scalloped Potatoes and “Ham”. 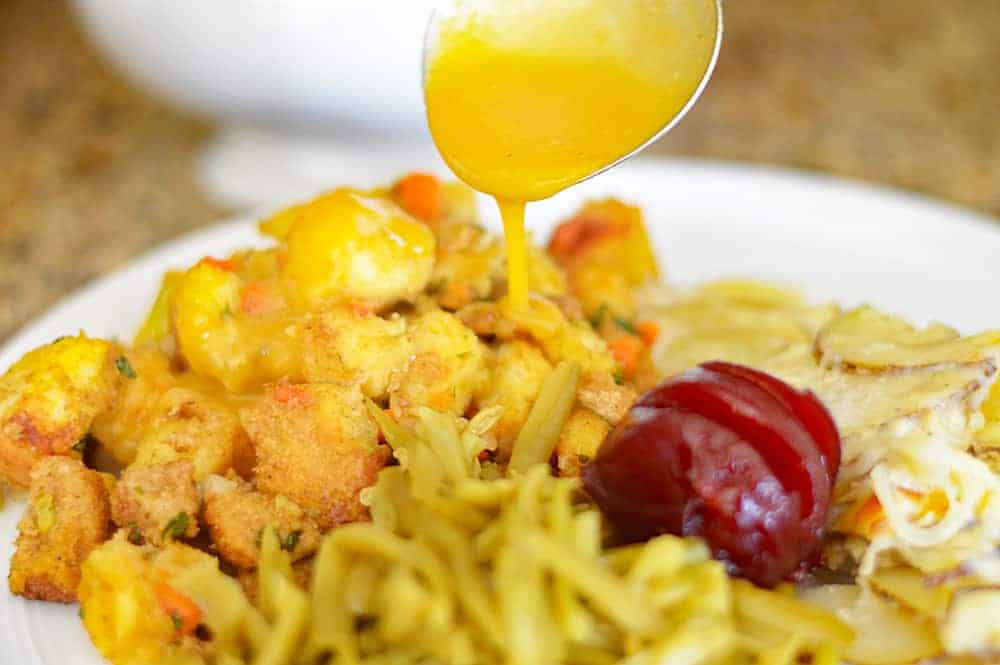 When we buy bread, we always save the ends and a few slices that never seem to get eaten in time.  We cube them up, stick them in a freezer bag and save for stuffing.  And we always have a variety such as whole wheat, white, Italian, French…anything works.

I place the bread cubes all on sheet pans and into the oven they go at 200 degrees, tossing occasionally, until they are crisp. This helps them to better absorb the broth and also retains their integrity.  Fresh bread would just turn mushy. 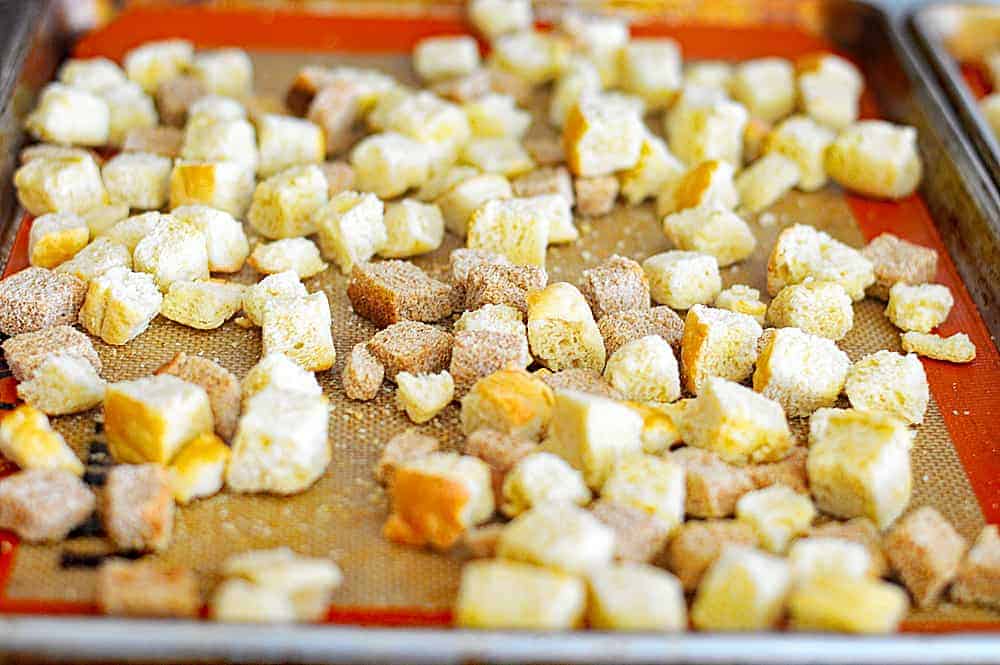 I saute onions, celery and carrots in vegan margarine.  You can use oil or even broth, but I like the richness the margarine adds. 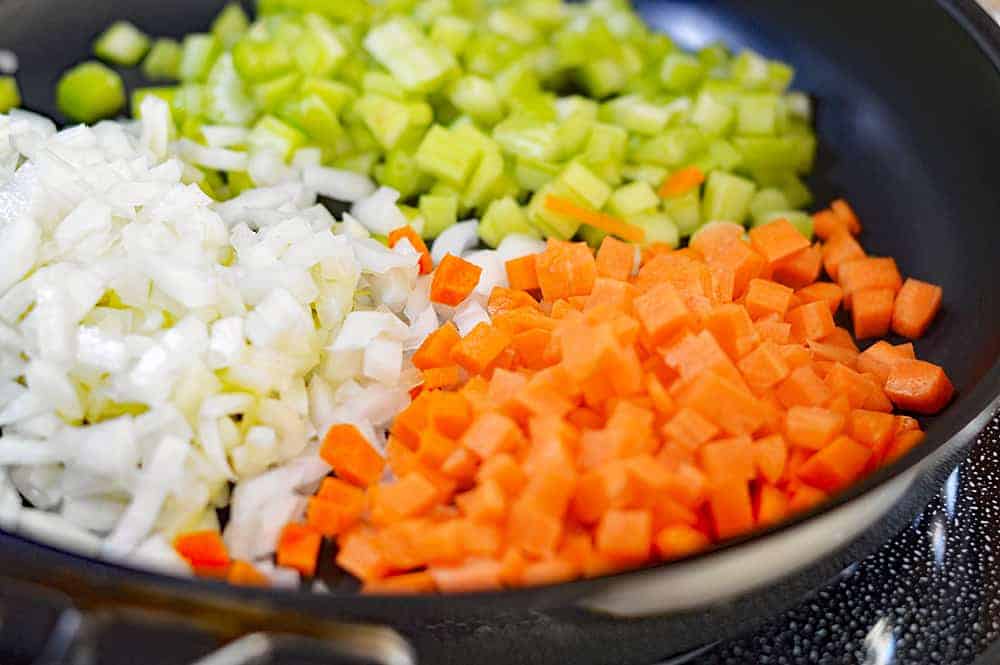 Everyone always asks me about the broth I use and I most definitely have a favorite.  Imagine brand is the richest in flavor I have found to date and dark yellow in color.  It also comes in low-sodium which is what I buy.  You can get this brand at stores like Whole Foods, Sprouts and sometimes even Walmart.  You’ll also want some poultry seasoning (don’t worry, it’s vegan). 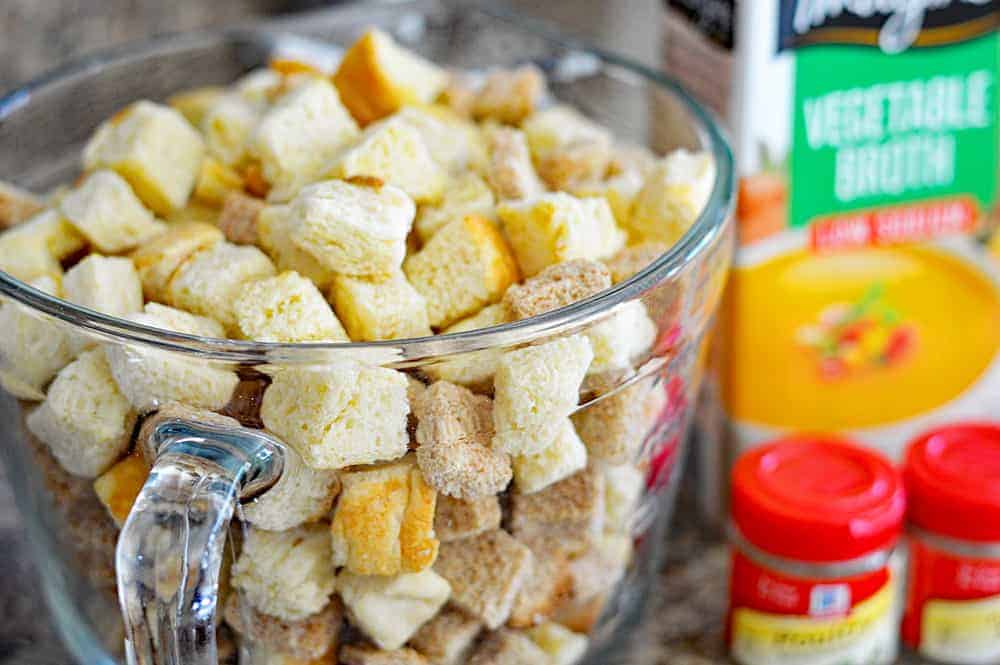 Once the bread cubes are cooled and the veggies have softened, it’s time to combine everything together. I like to warm my broth as the bread just seems to absorb it better. 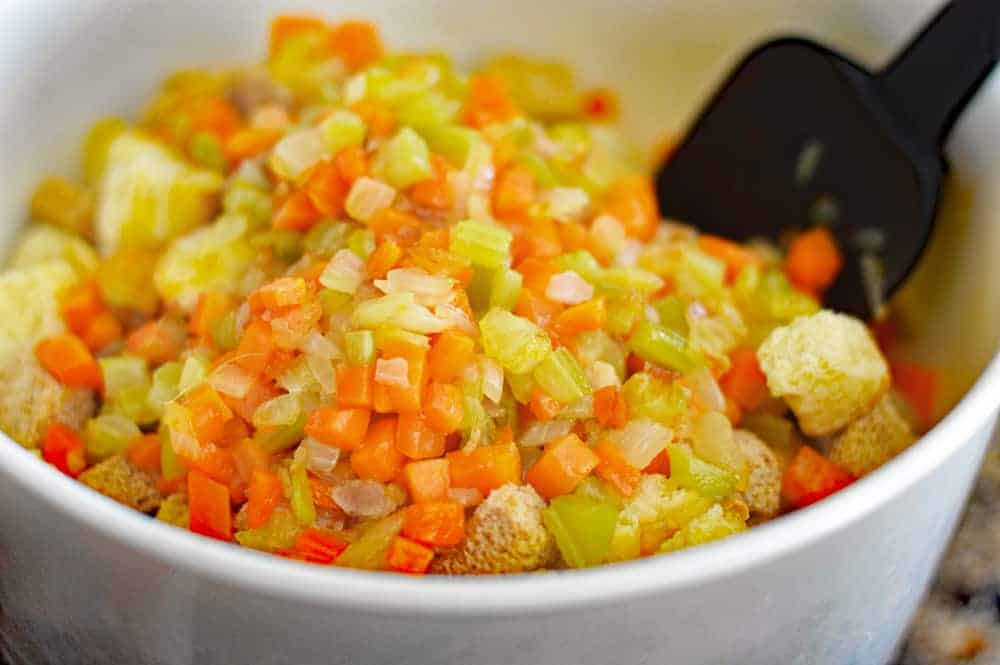 Season with salt, pepper, the poultry seasoning, a little dried sage and parsley.  Add the broth just until moist, but not overly wet. 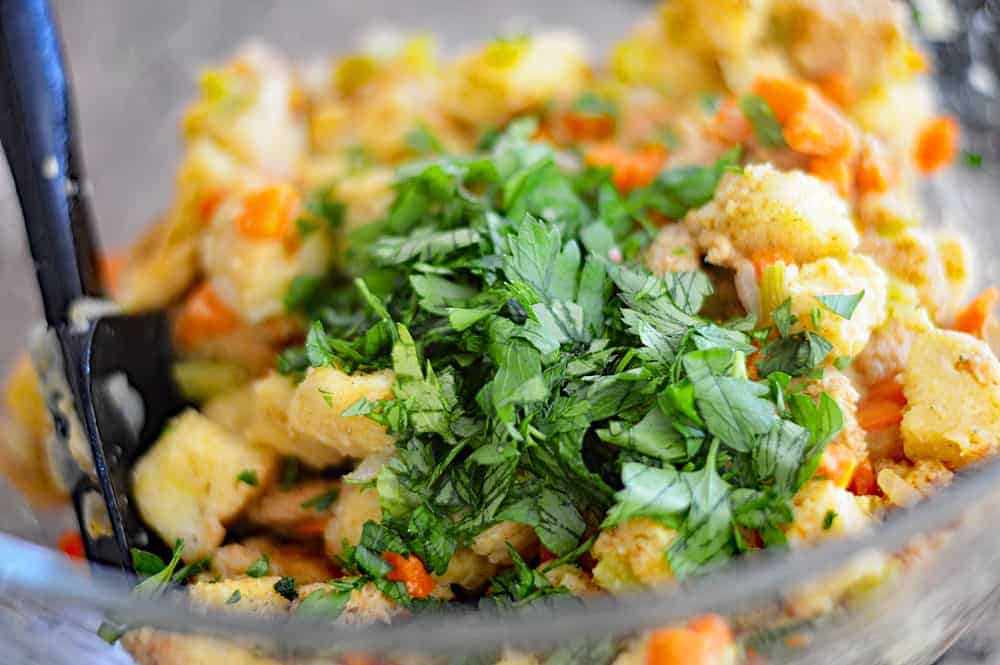 Place into a baking dish prepared with spray and bake covered for 20 minutes.  Remove the foil and bake until golden brown with a few crispy edges.

It’s delicious as is, but even better with a bit of gravy over top!

Did you make this recipe for Traditional Thanksgiving Stuffing? Leave me a comment below (or on social media) and let me know what you thought!  Every ‘like’, ‘comment’ and ‘share’ on social media really helps this little blog gain more visibility and in turn, helps me bring you even more content 🙂

And if you enjoyed this recipe, why not PIN IT FOR LATER!

*SOME OF THE LINKS ON THIS PAGE ARE AFFILIATE LINKS. CLICKING ON THEM DOES NOT AFFECT YOUR PURCHASE PRICE, IT JUST MEANS WE GET A VERY SMALL PERCENTAGE THAT ASSISTS IN KEEPING LIVING VEGAN! CREATING NEW RECIPES FOR YOU EACH WEEK. 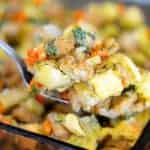 TO MAKE THE VEGETABLES:

TO MAKE THE STUFFING: 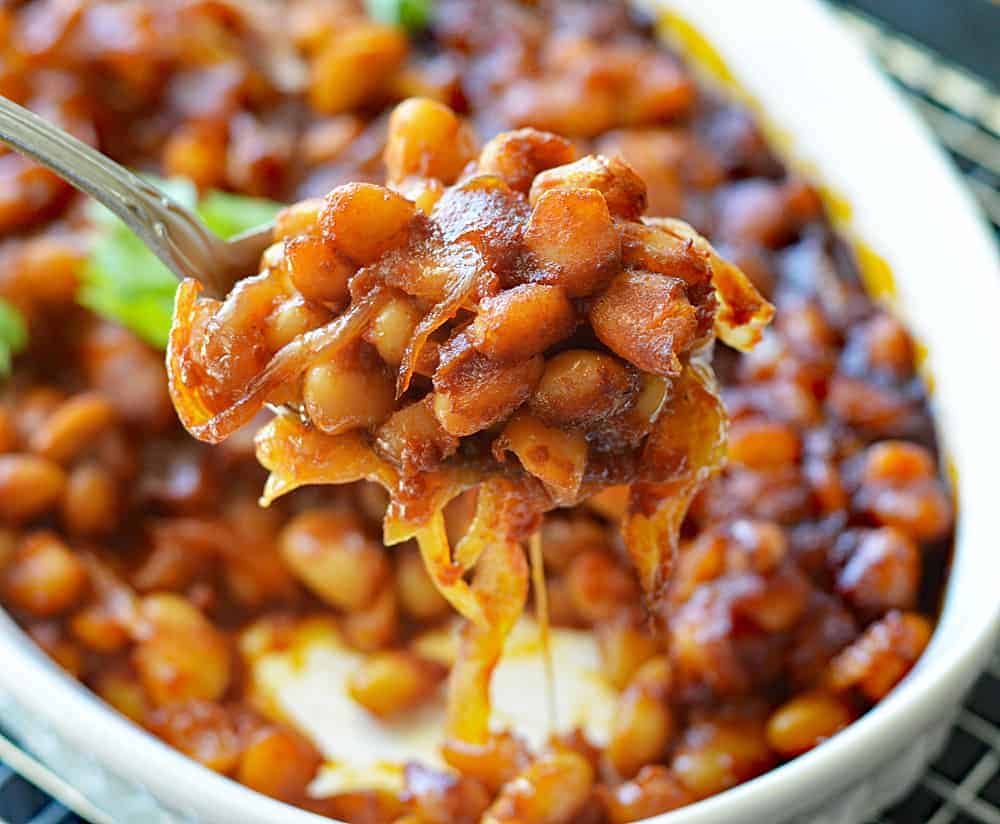 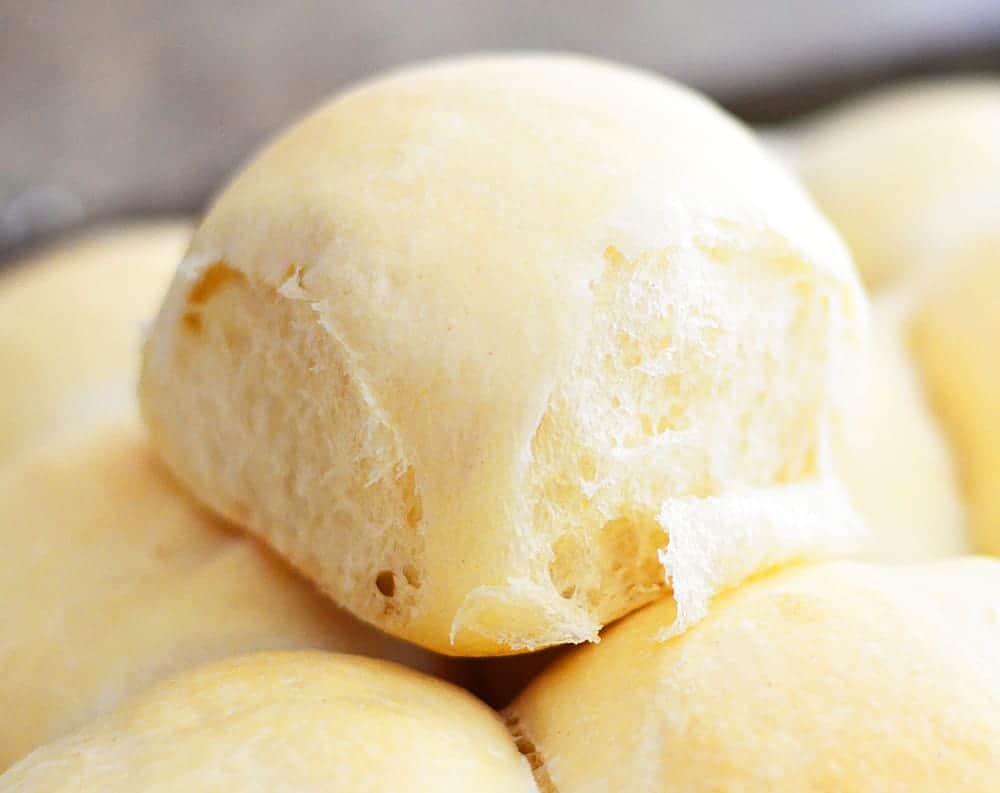