Reviewing The Beyond Burger by Beyond Meat 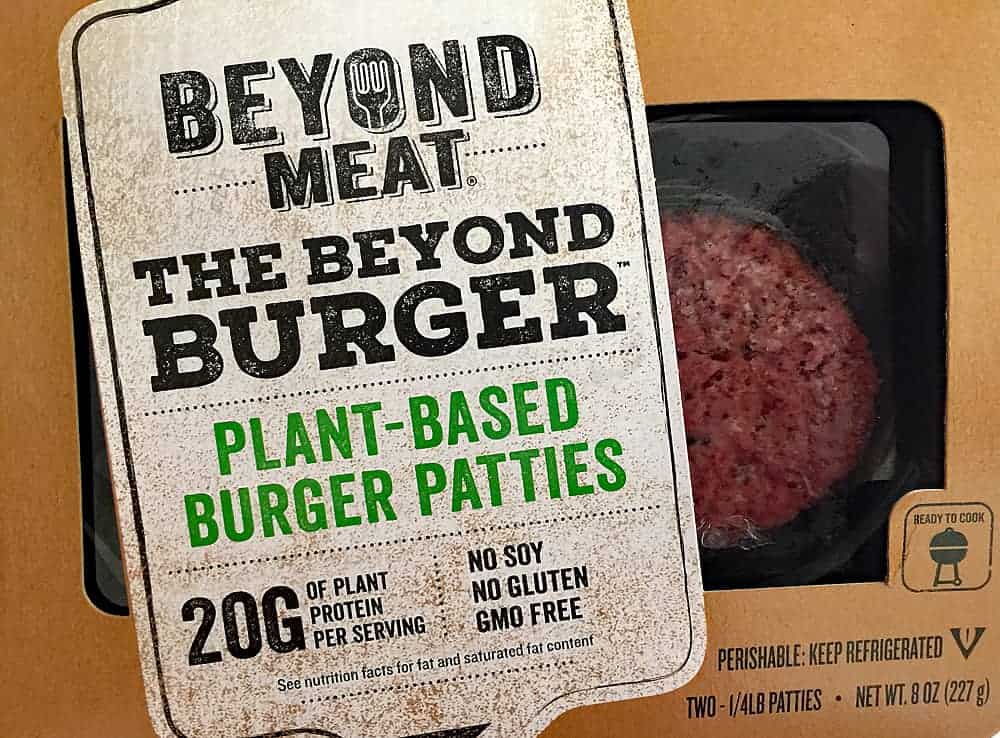 By now, I’m sure you have heard of The Beyond Burger™ by Beyond Meat™.  The company claims that it “looks, cooks, and tastes like red meat.”  The goal is to get consumers to rethink the idea of “meat”—that it doesn’t have to come from an animal, for starters.  You receive two quarter pound burgers for $5.99.

I’ve not been a fan of veggie burgers in general, though I do substitute for them when eating out.  So I was incredibly curious how this one would stack up.  The first difference is that this burger is not precooked.  In my Whole Foods, it was sold in the fresh section where they sell tempeh and vegan cheeses.

The Beyond Burger™ patties—sold in packages of two—look almost exactly like raw beef burgers. However, the main ingredient of the Beyond Burger™ is pea protein.  Beets make them red.  They are soy, gluten and GMO free.

According to their website, the process of making a Beyond Burger™ is similar to that of making pasta.  They mix the plant-based ingredients, compress and then shape it into final product using a patty forming machine.  It’s pretty convincing.

The Beyond Burger™ is currently only sold in patty form at select Whole Foods Markets, but the company indicates the intention to offer it in a form which would allow you to get more creative with the product. 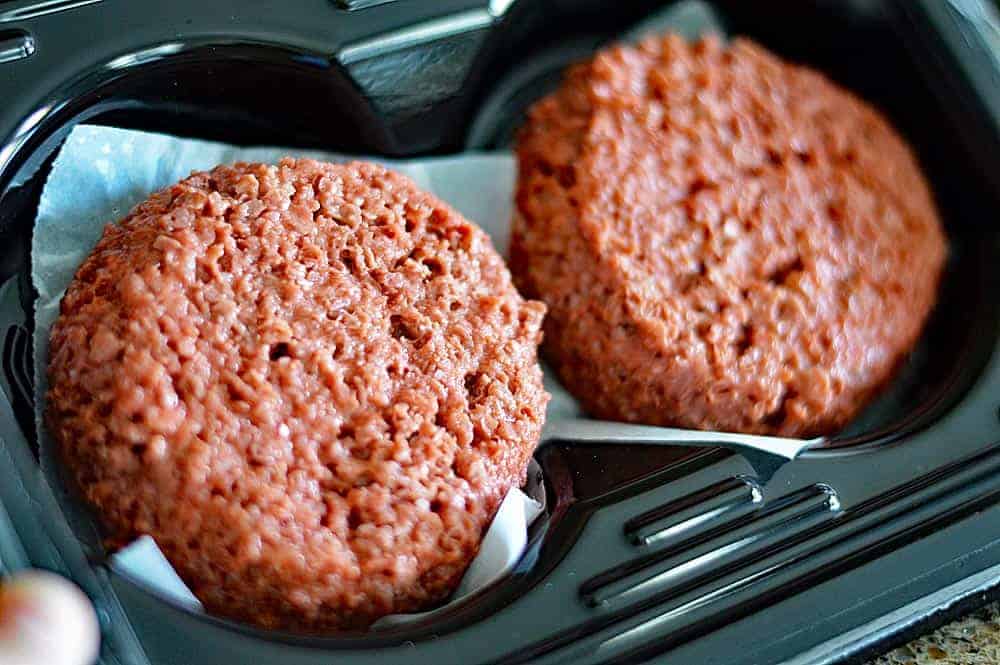 The first thing you’ll notice about this particular veggie burger when you pick it up, is its heft!  That is a quarter-pounder right there.  So far, it’s looking promising. 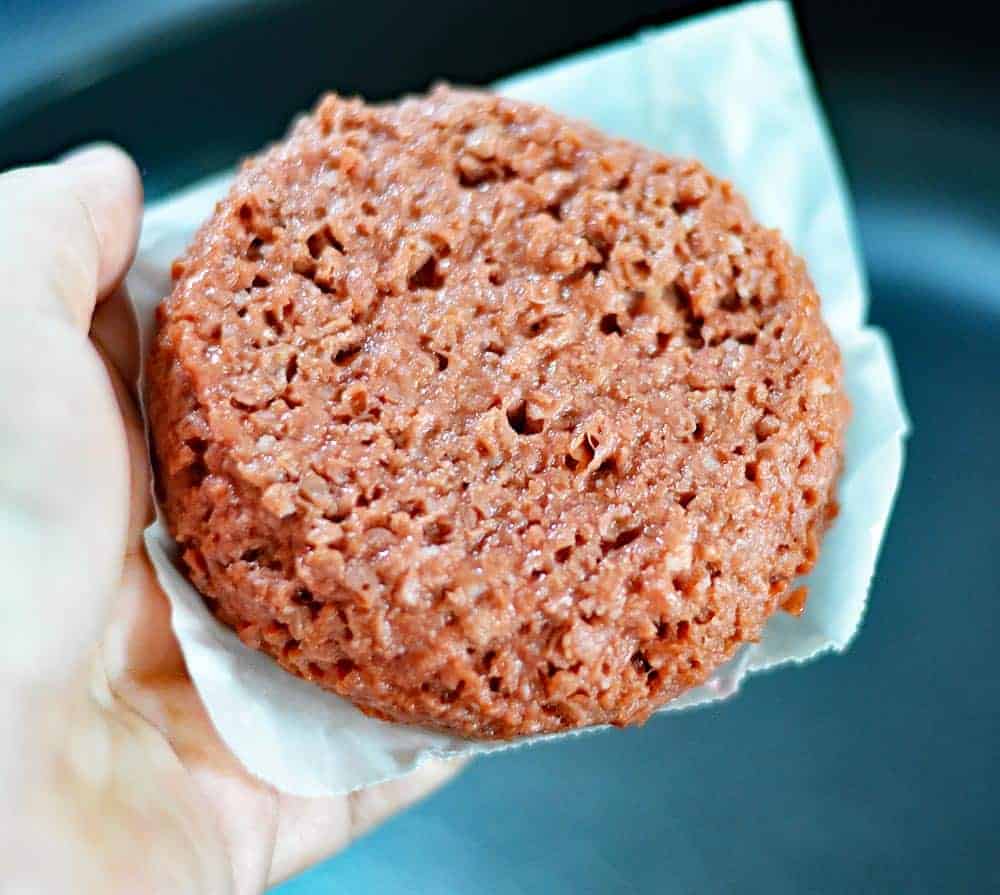 For these burgers, you add them to a skillet over medium high heat (no oil required).  The burger already contains a combination of oils that release when cooking.  Just 5 minutes per side leaving a pink interior and taking care not to over cook.

You are hit with a smell that reminds you of the real thing but could you fool someone with the taste of The Beyond Burger™?  In the end, it browned beautifully, the texture was great, it had a good mouth feel.  You could even grill it if you so choose.  It’s juicy, tender, crisp on the outside and has sort of that fattiness that I think many veggie burgers lack.  In the end though, you still know you are eating a veggie burger.  A pretty tasty veggie burger.  Which is fine by me! 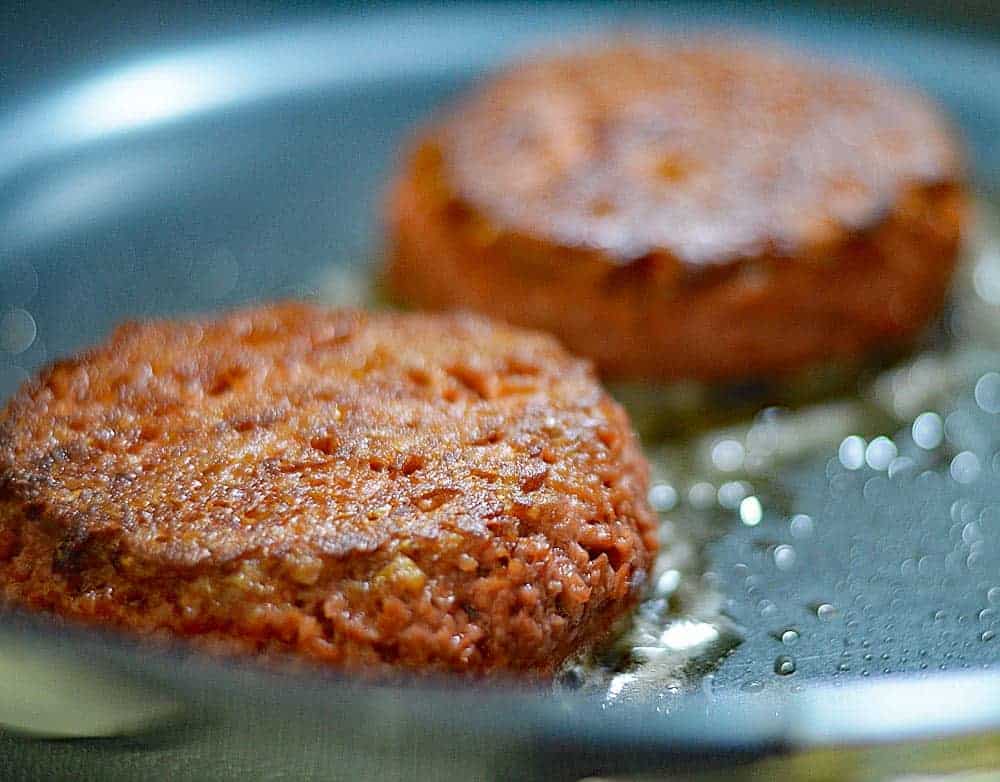 As far as nutrition goes, one 4-ounce patty has 290 calories, 22 grams of fat, 5 grams saturated fat and 20 grams of protein. To put that in perspective, it’s about half the saturated fat, about 14% less calories of it’s traditional animal-based counterpart.  Here’s the nutrition label so you can check it out for yourself. 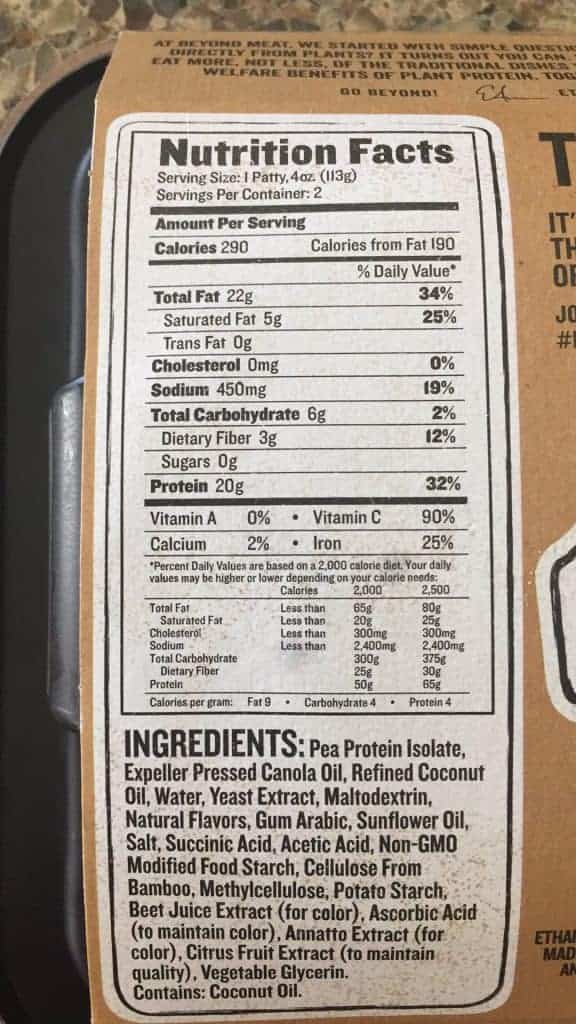 So have you tried The Beyond Burger™ yet?  How does it rate??  Let me know what you think in the comments below. 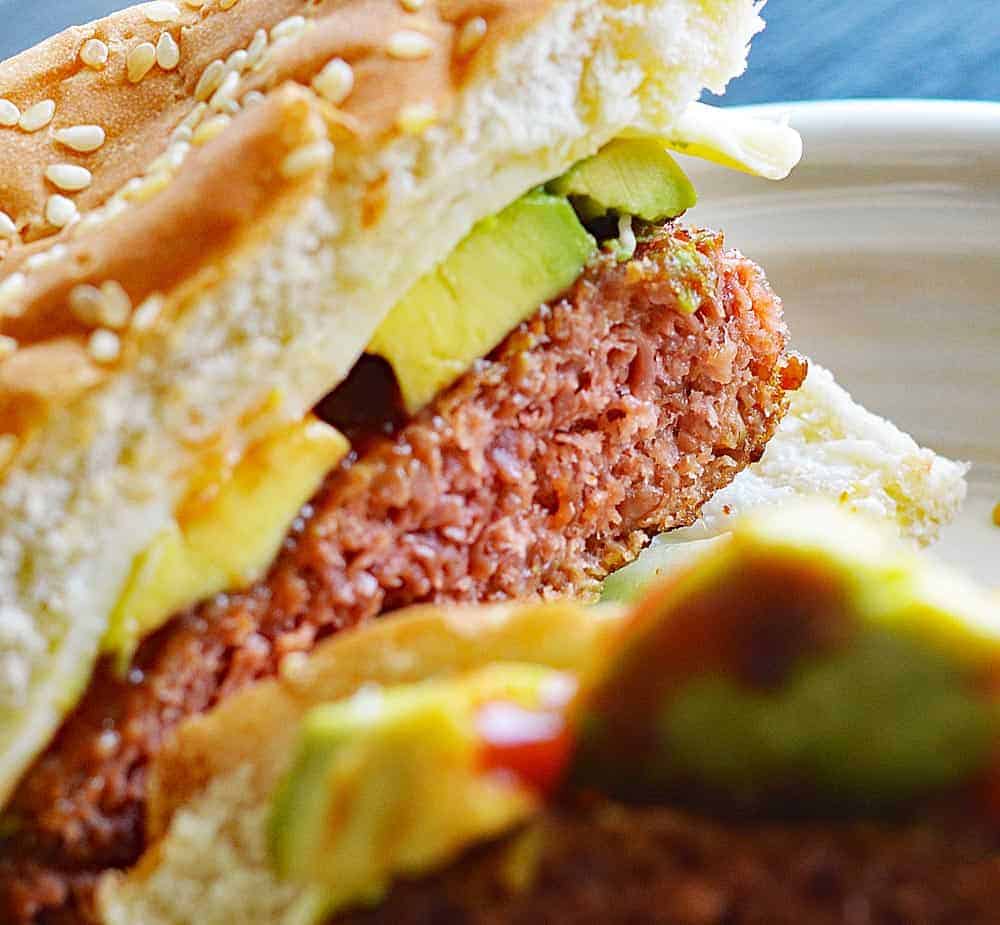 If you haven’t yet tried The Beyond Burger™, you can see if it’s available in your area by searching here. 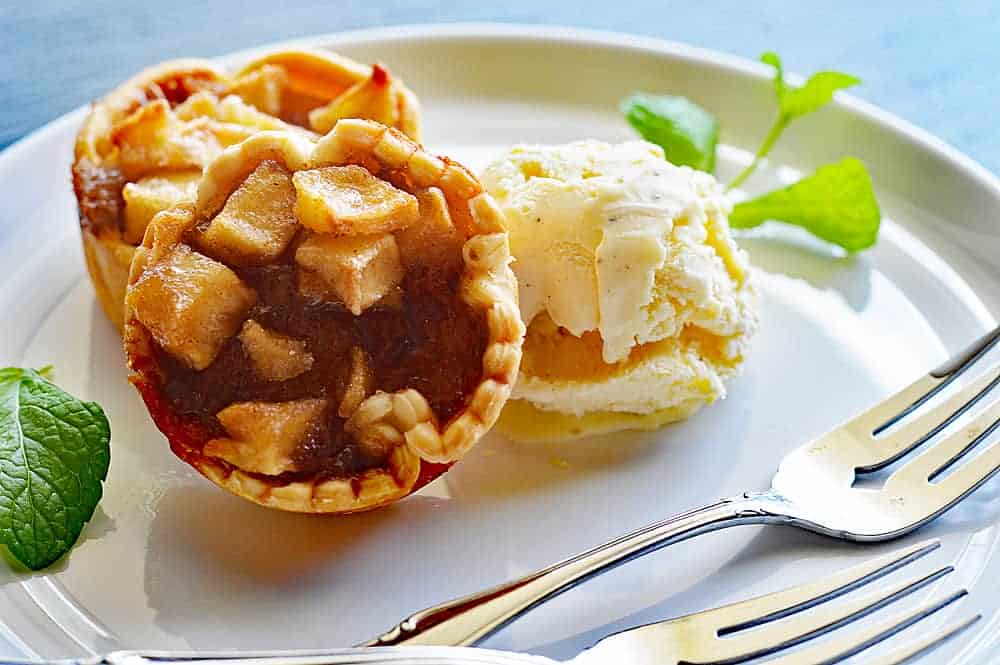 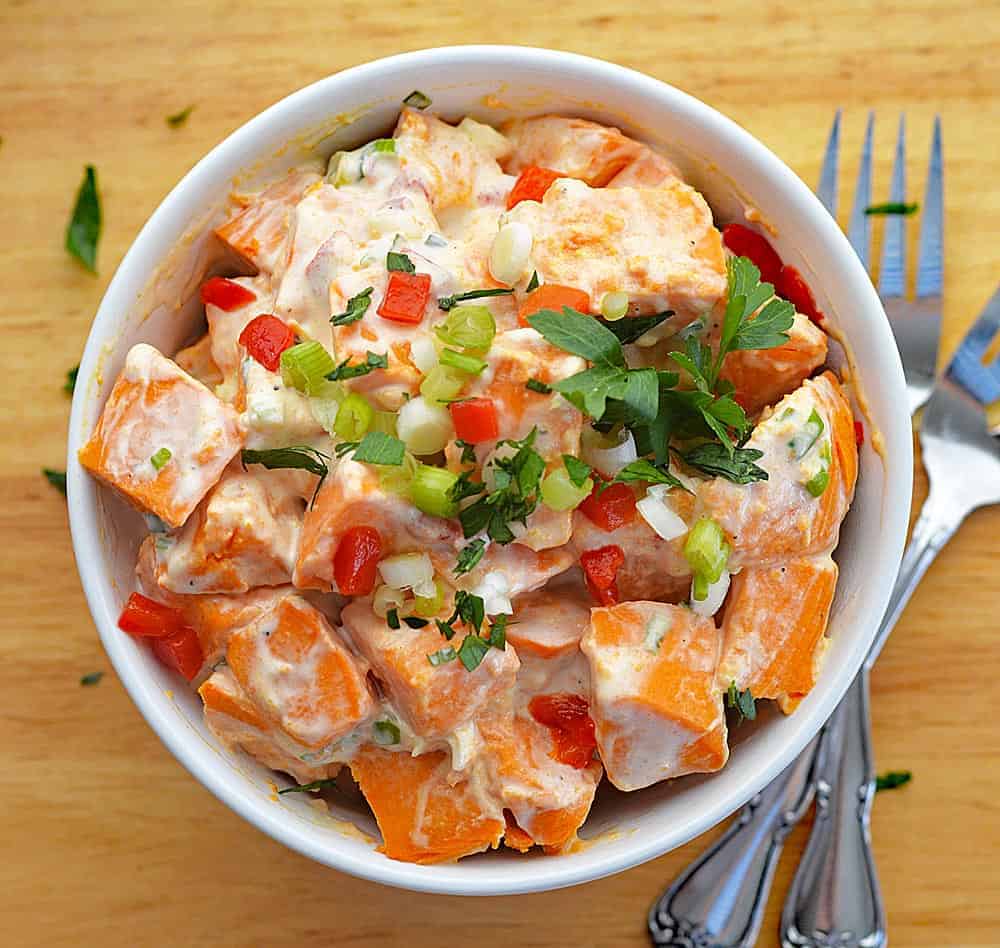