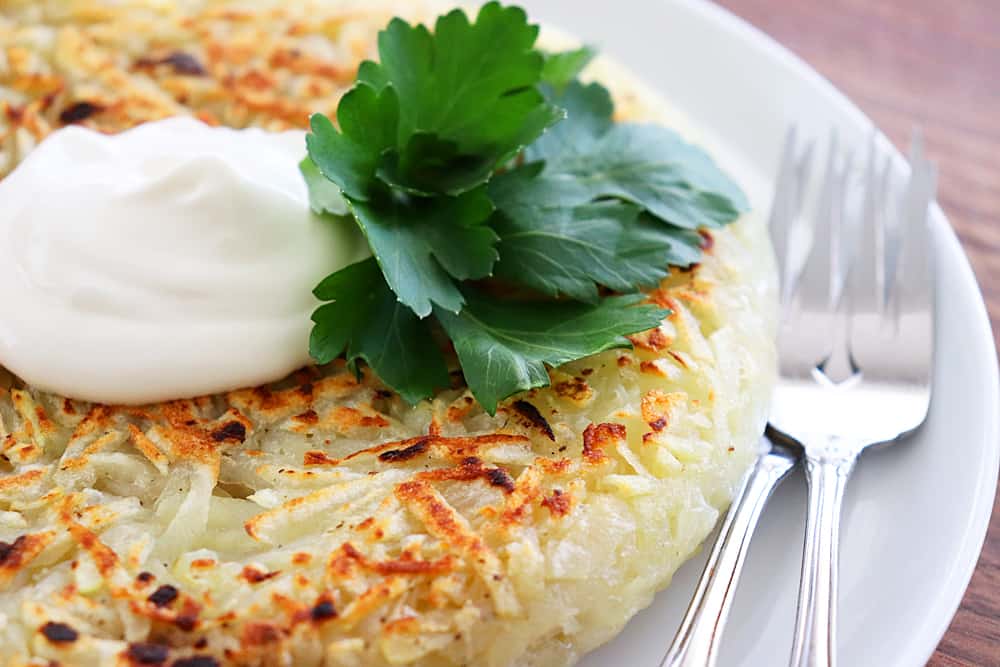 I love hash browns and wanted to create a small skillet version. Enter these Crispy Vegan Skillet Hash Browns! Serve with a dollop of vegan sour cream if you have it and a sprig of parsley.

There are just a handful of ingredients in this recipe. I am using grated russet potatoes, onion, salt, pepper and cooking spray to keep it from sticking. 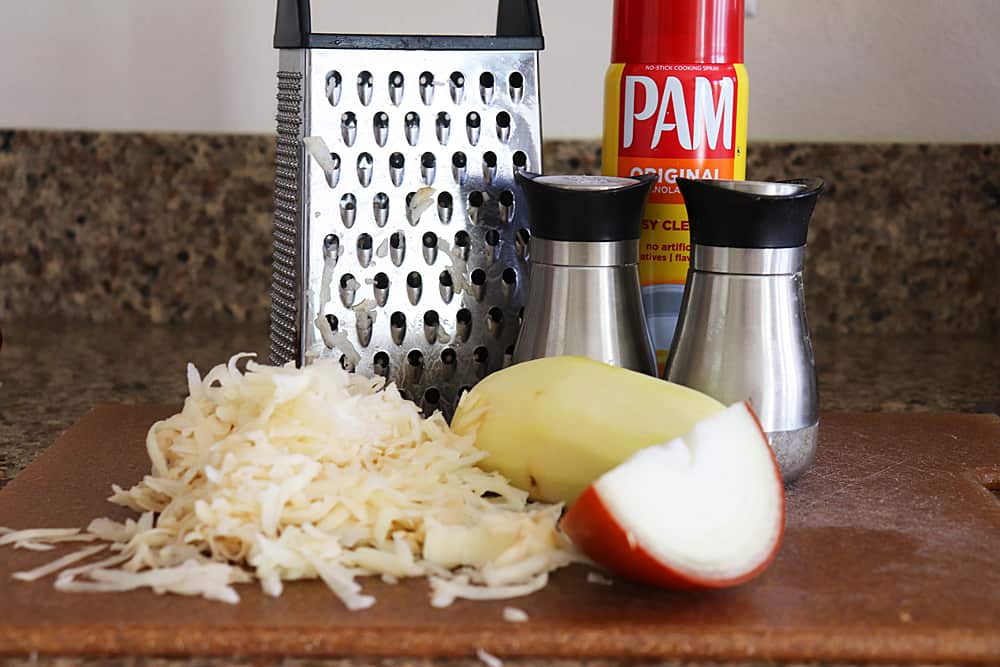 In a skillet over medium high heat, add cooking spray and your potato mixture. Press it into the pan and smooth out the edges with a spatula.

Keep checking the bottom and after about 5 minutes, it should be ready to flip. I use a small plate placed over the skillet and do a quick flip. Slide the hash brown back into the skillet (no need to add any more spray) and cook for another 5 minutes, or until golden and cooked through.

Alternately, you could place the skillet (if oven-safe) into the oven and bake until crisp and cooked through. 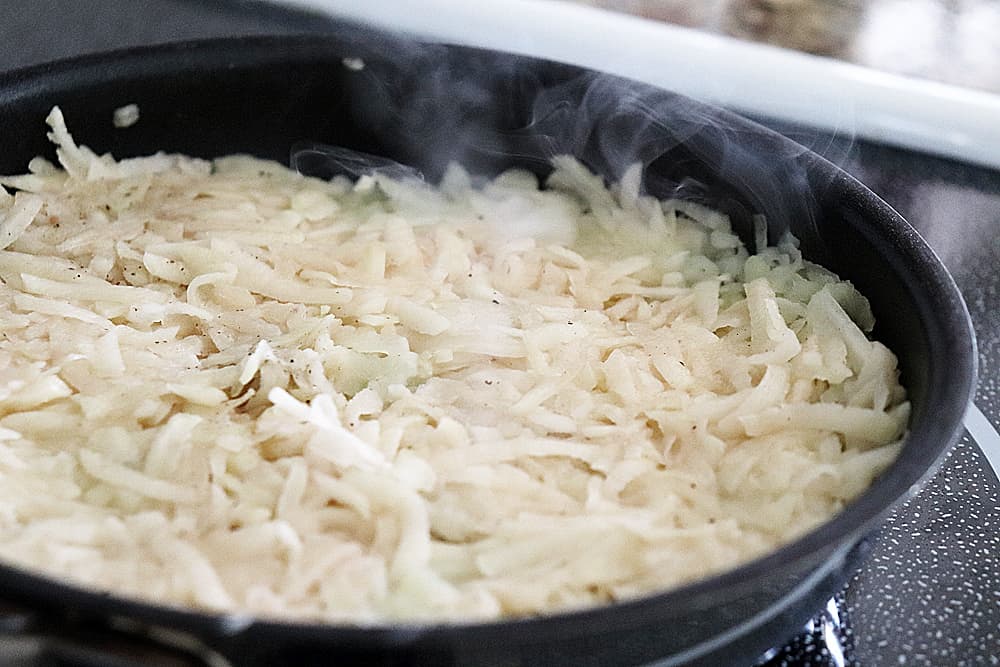 Slide the hash brown onto a serving plate with a dollop of vegan sour cream. Garnish with fresh parsley and another sprinkle of salt and pepper. Cut into four equal wedges and serve immediately. 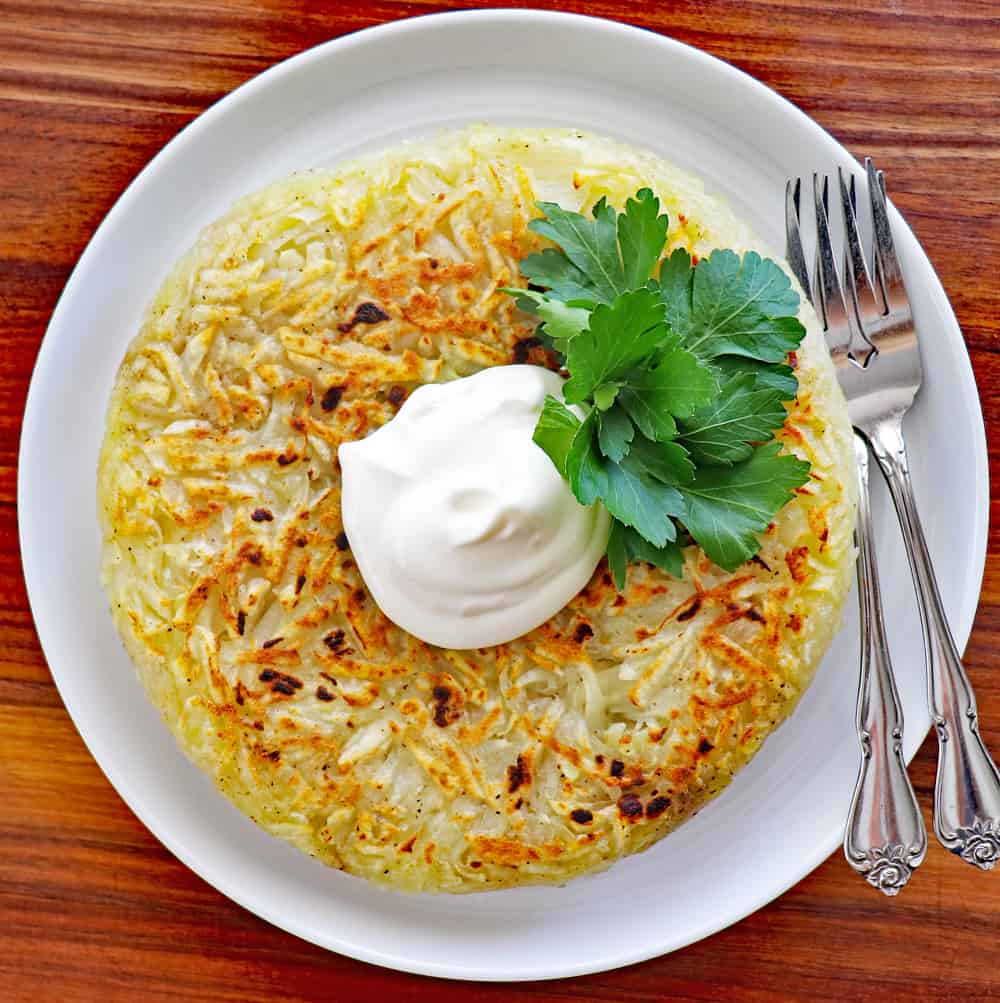 I used an 8″ skillet but you could definitely use a standard skillet which would yield a thinner, crispier hash brown. 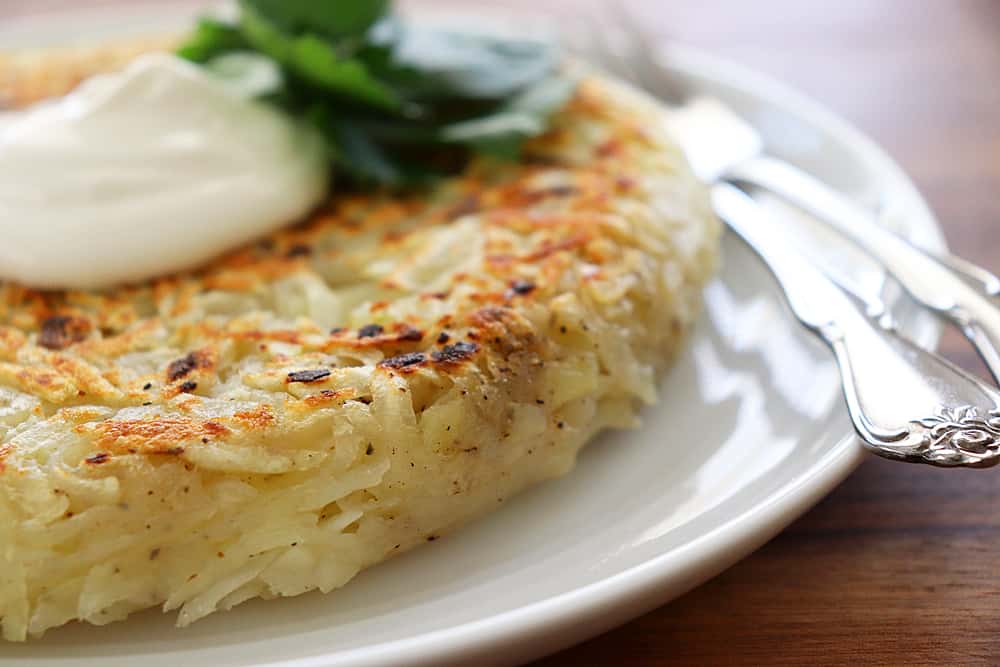 Did you make this recipe for Crispy Vegan Skillet Hash Browns? Leave me a comment below and let me know what you thought.

And if you enjoyed this recipe, why not PIN IT FOR LATER! 🙂 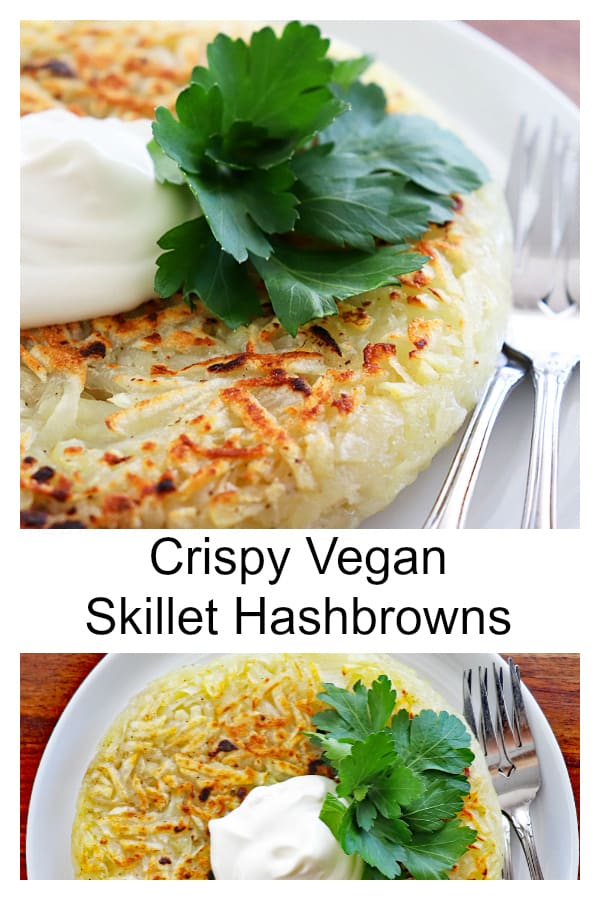 Be sure to check out some of my other potato recipes! 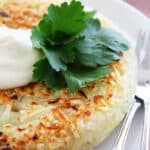 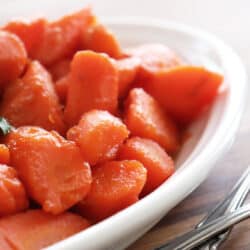 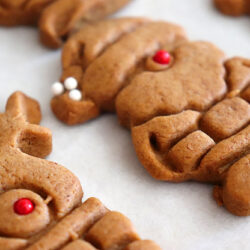