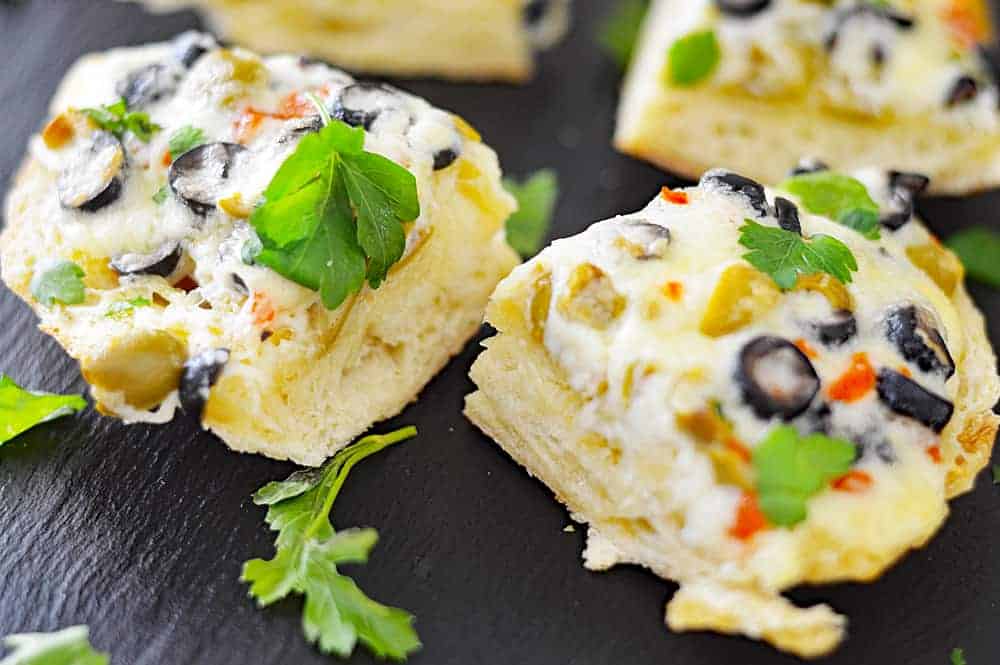 I remember eating at a little restaurant in southern California some time ago that served their bread with an amazing olive tapenade.  I had to know what made it so unusual and he told me, it had a mayonnaise base.  The taste memory of that tapenade has stuck with me for literally years!  This Cheesy Vegan Olive Bread recipe came to mind.  Now, of course, I’ll be using a vegan mayonnaise.

Initially, I was going for a traditional French baguette, but found a vegan take-and-bake round loaf at my local Walmart of all places, so that’s what I’ll be using today.  If you are preparing this for a party or game-day, I would buy a long loaf and double the spread recipe.

You can use any variety of olives that you have or enjoy.  I just used black and Spanish olives roughly sliced or chopped.  I thought the taste would be overpowering, but it wasn’t.  So feel free to use any artisan olive blend. 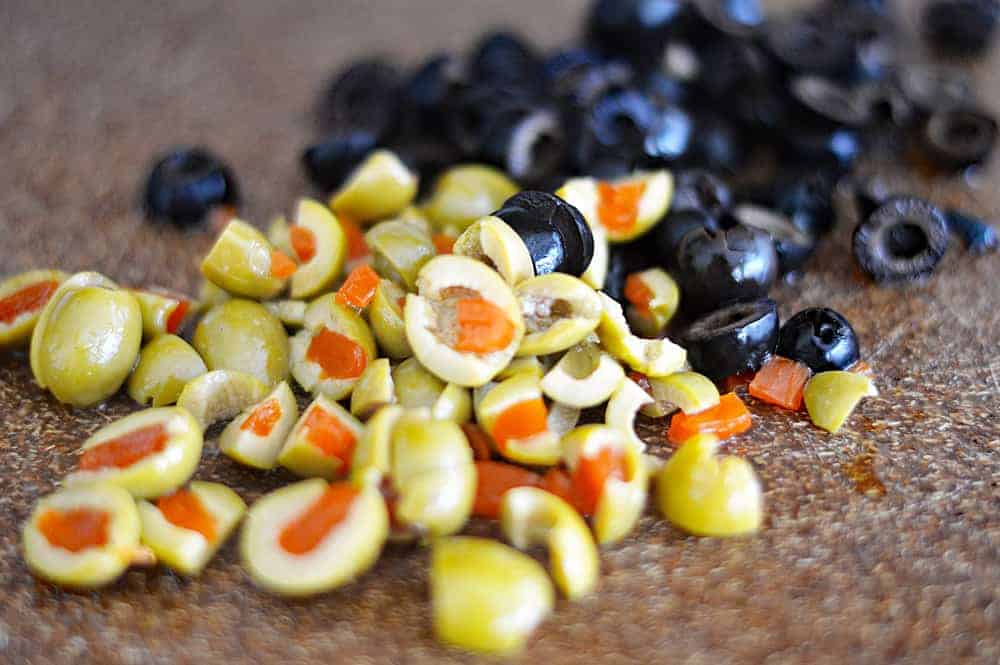 I substituted softened vegan margarine for butter and of course, a vegan variety of shredded cheese.  I actually used this one and just stacked up the slices so I could grate it.  It worked beautifully! 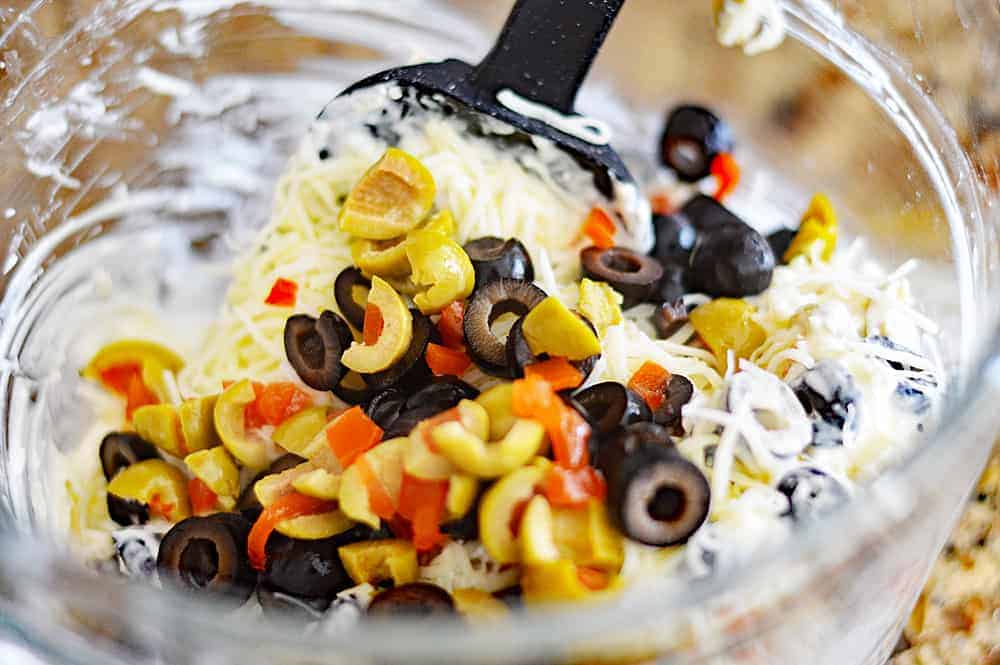 I sliced the loaf in half evenly and set them in foil to catch any drippings.  Each gets spread with half of the olive mixture.  I left them uncovered because I was really looking for those golden brown edges.

I was really pleased with how they turned out…almost like personal pan pizzas! 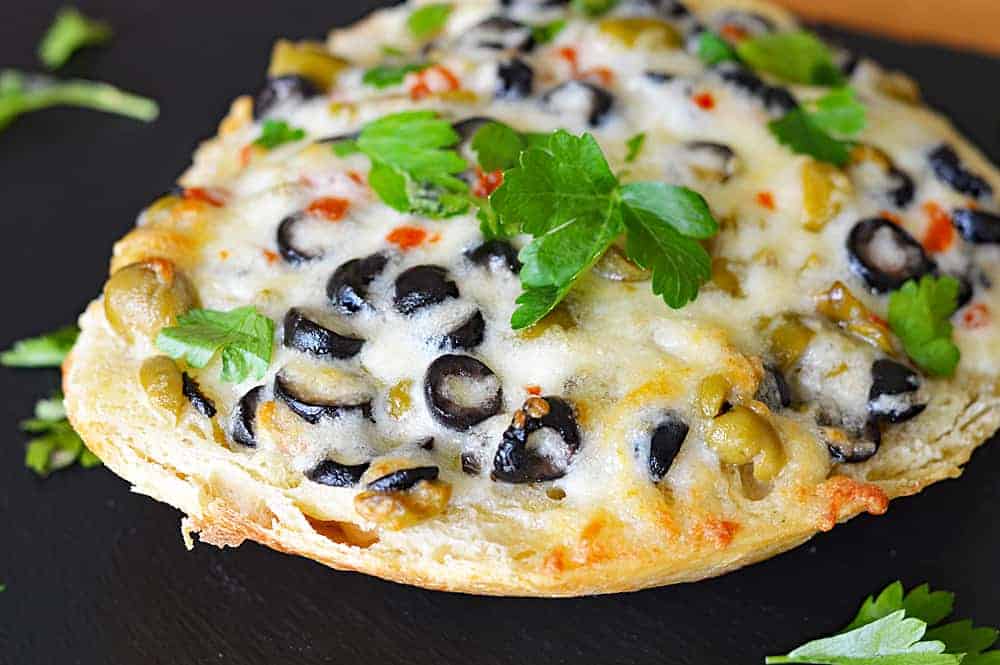 I cut them into wedges and garnished with a bit of fresh Italian flat-leaf parsley.  The edges were crisp, the bread was chewy, but soft.  Soooo good! 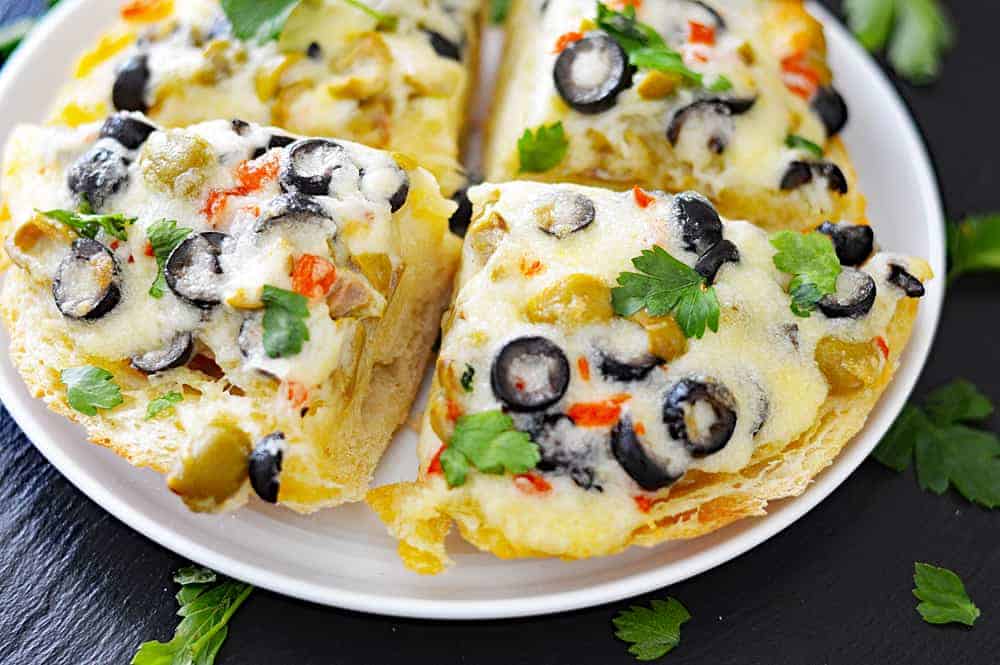 Did you make this recipe for Cheesy Vegan Olive Bread?  If so, let me know what you thought in the comments section below. 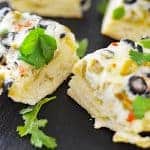 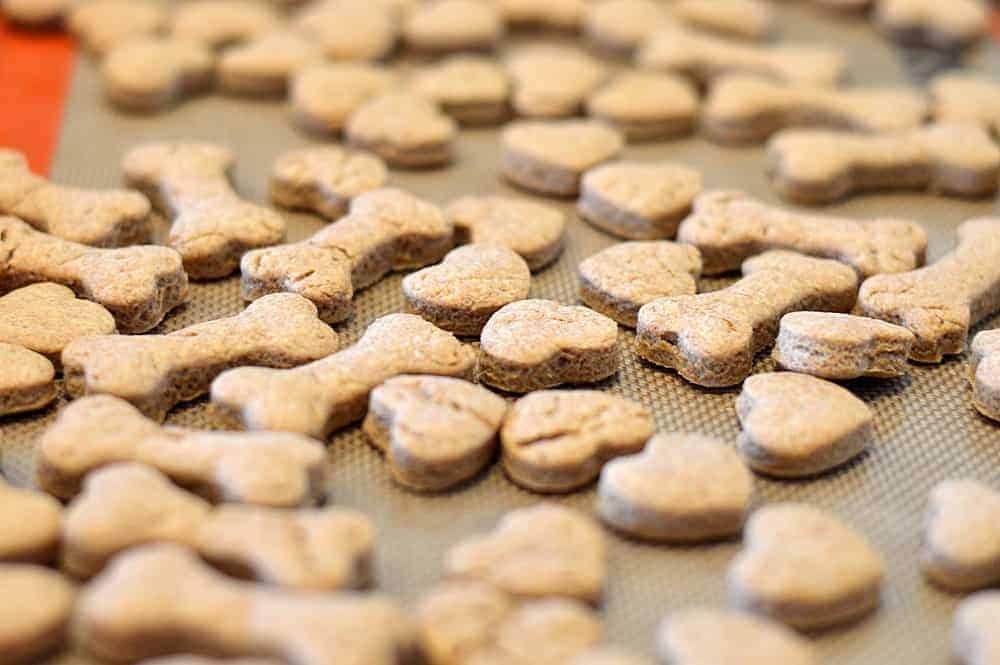 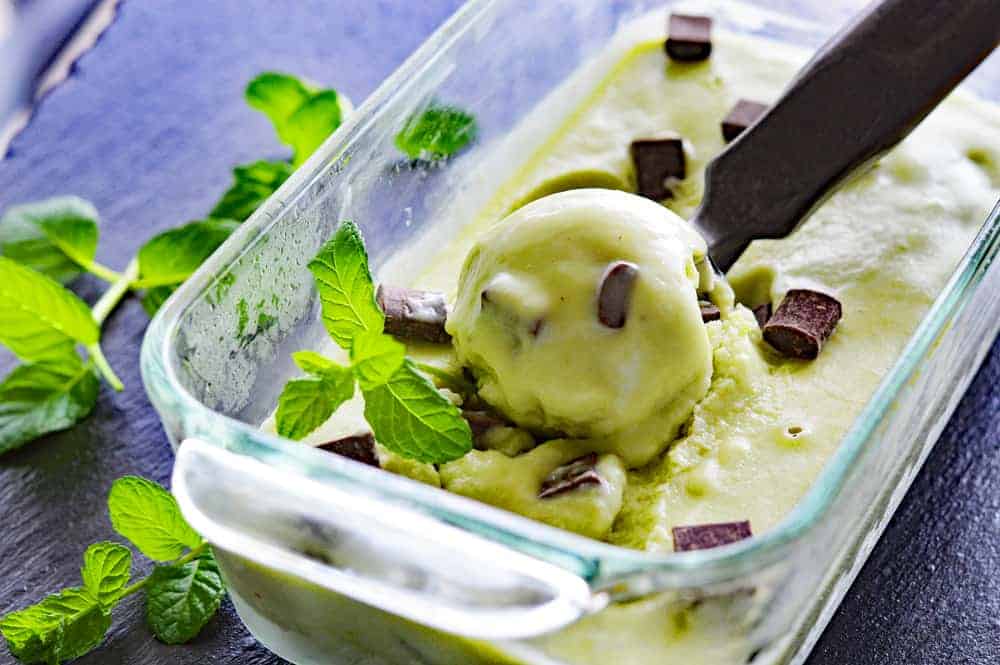