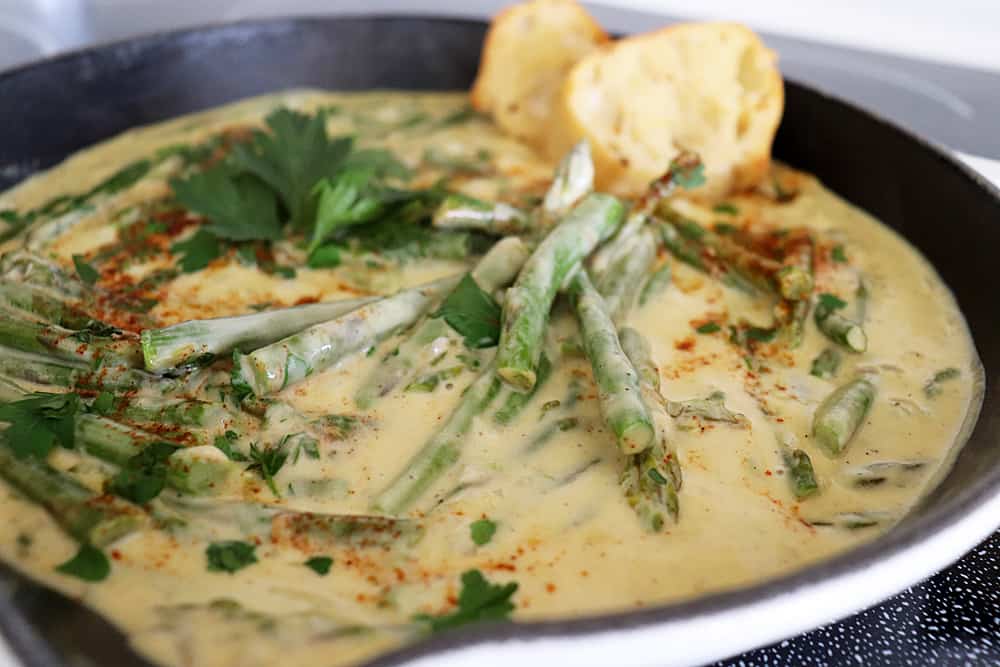 This recipe for Asparagus in Cream Sauce was soooo good, I will definitely be making it again and again! I used my favorite canned coconut milk to create the creamy sauce and it was delicious.

Don’t forget the garlic bread, because you will definitely want to mop up some of that yummy sauce! 🙂

The first step is to choose uniformly sized asparagus. I tend to prefer a thinner spear as they are generally more tender. Snap off the end of one, which will show you where the woody end begins. Then align all of them and using a knife, trim the spears. 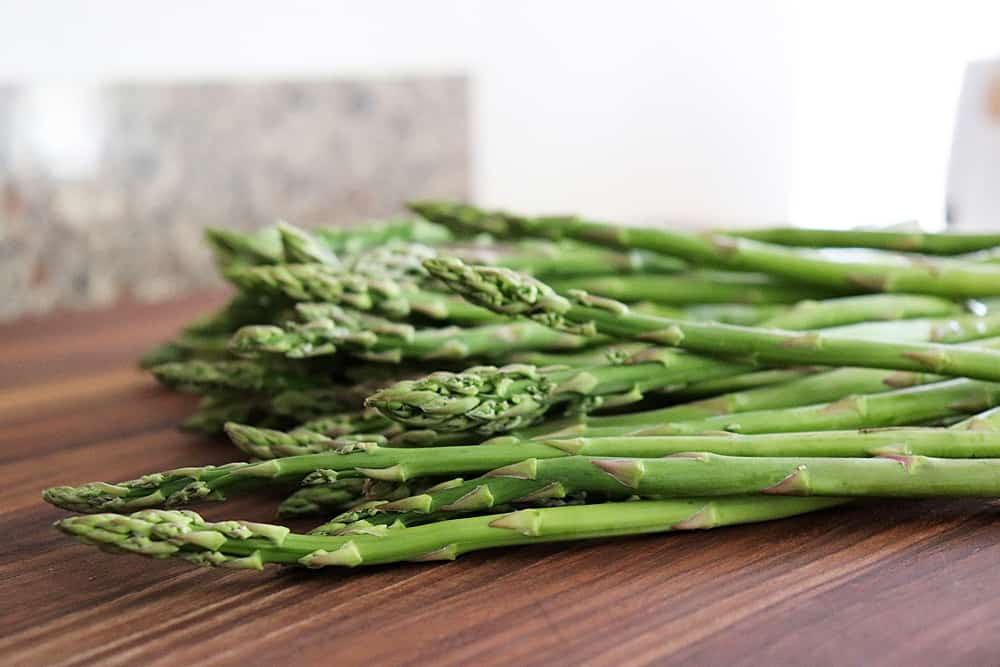 In a saute pan over medium high heat, add vegan margarine, olive oil and a large shallot that you have minced finely. 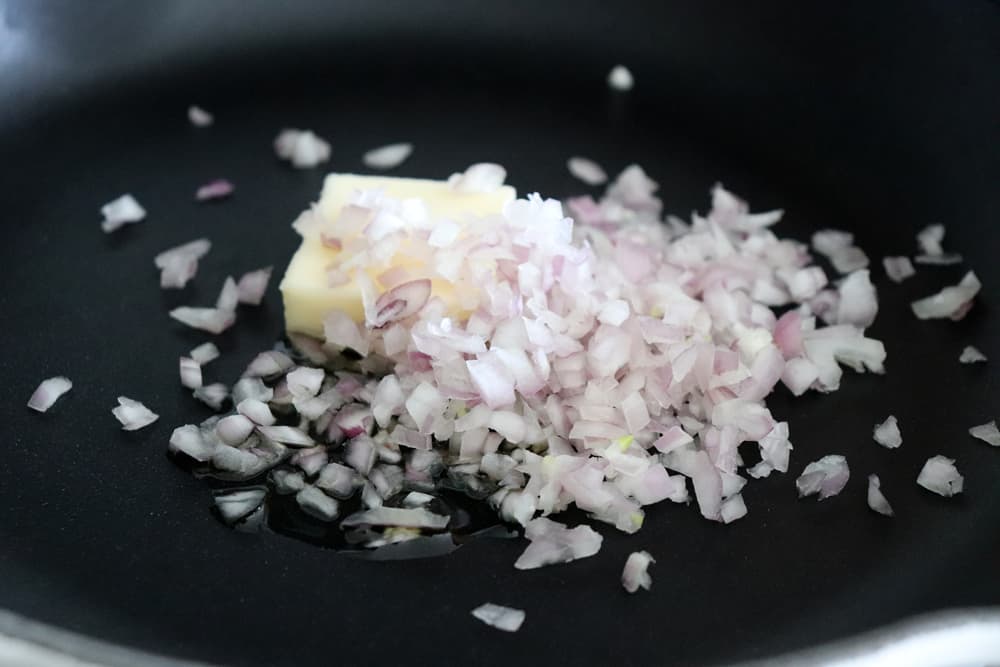 While the shallot is softening, add minced garlic and olive oil in a small bowl. Give it a whisk to combine. 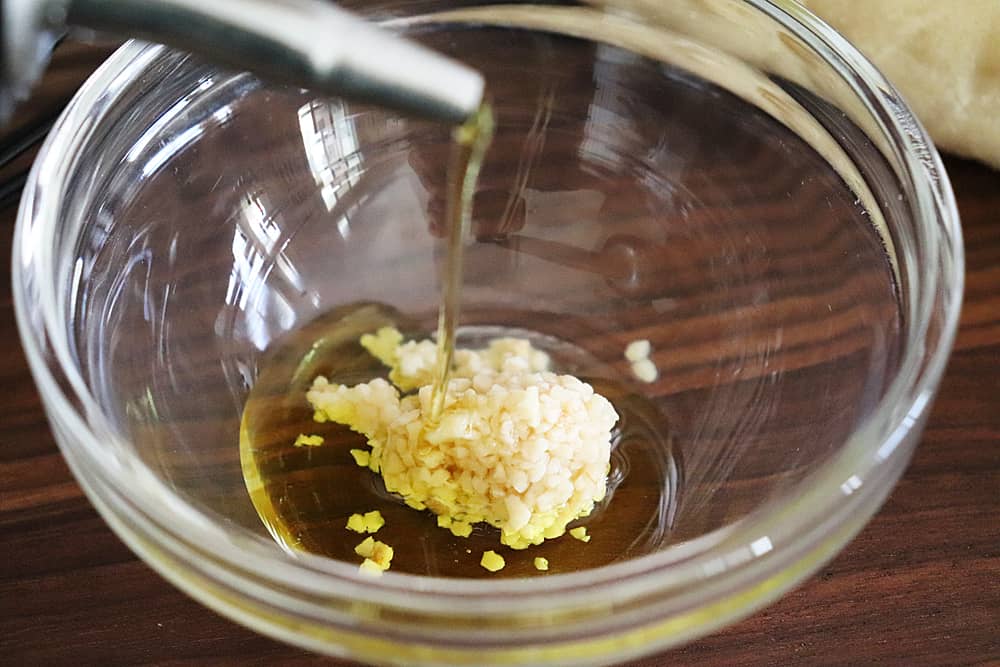 Slice your favorite baguette into about 1″ thick slices. 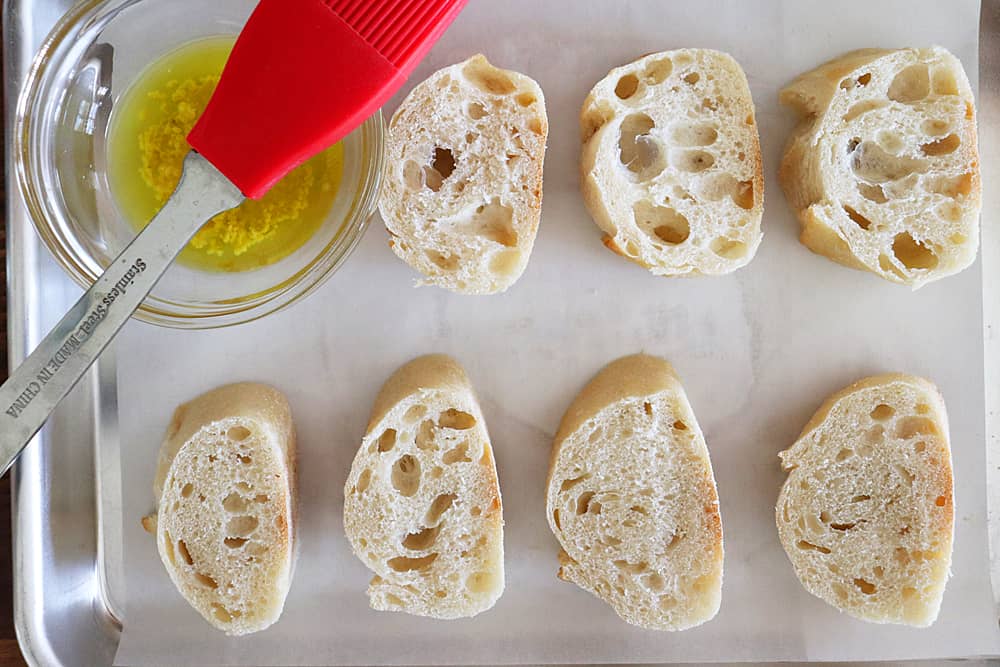 Brush both sides of the bread with the garlic oil and place onto a parchment lined baking sheet. Bake at 400 degrees until golden on one side and flipping so both sides are even. 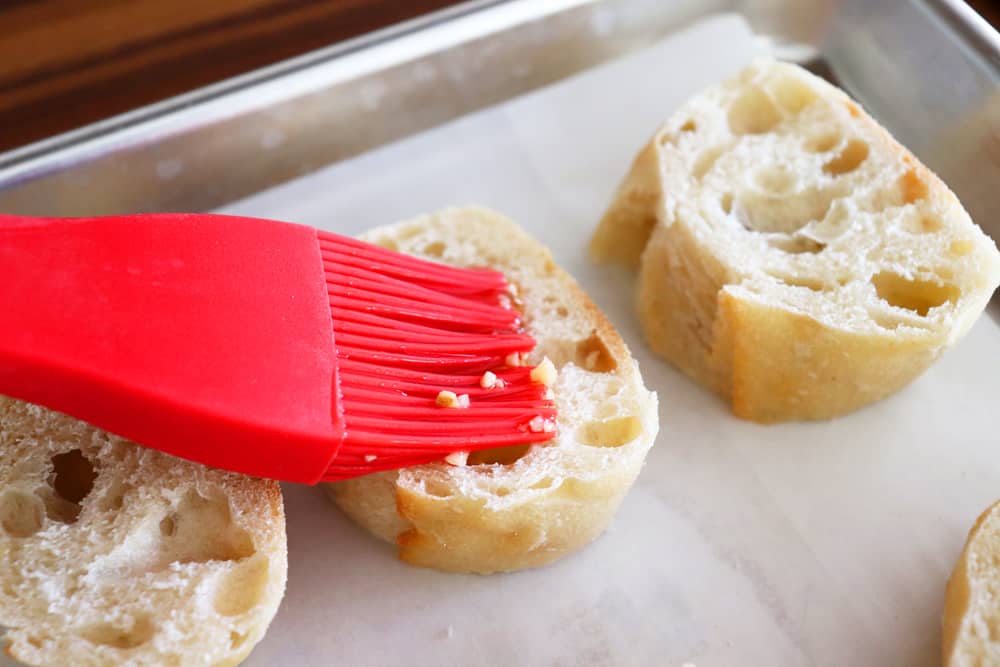 To the softened shallot mixture, add the asparagus and cook until crisp tender. This should take about 20 minutes or so.

Add 1 tablespoon of flour and give it a stir for one minute to cook out that raw flour taste. 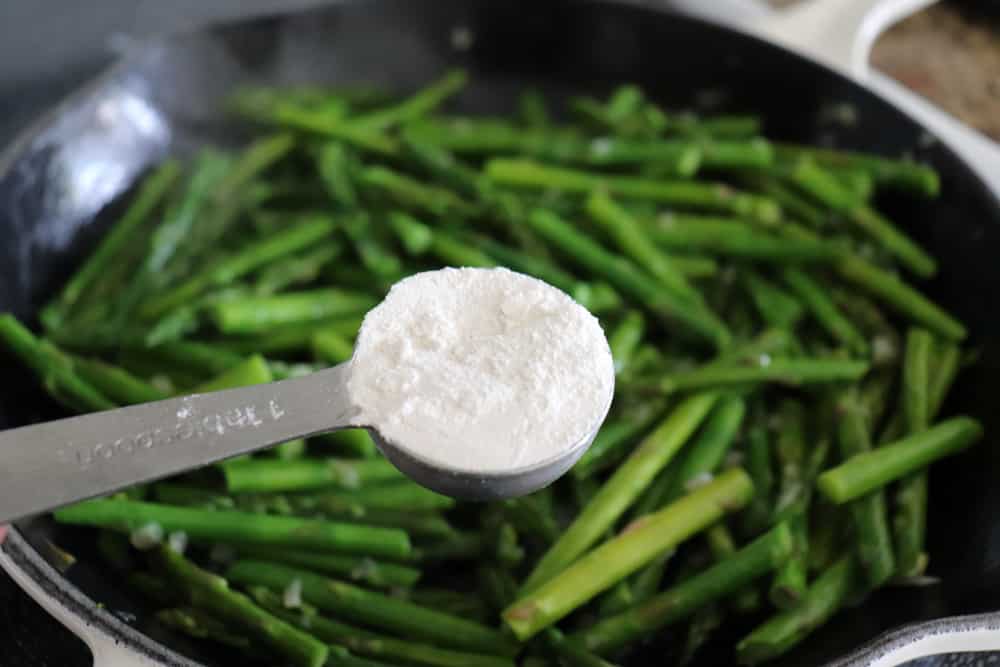 Next, add the vegetable broth… 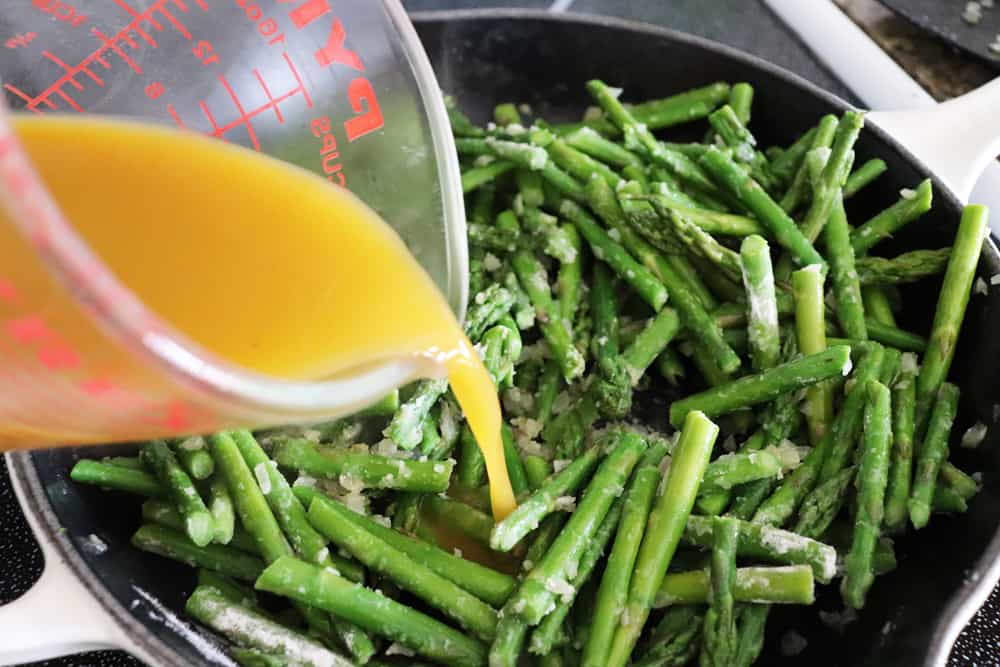 And 1 cup of canned coconut milk. 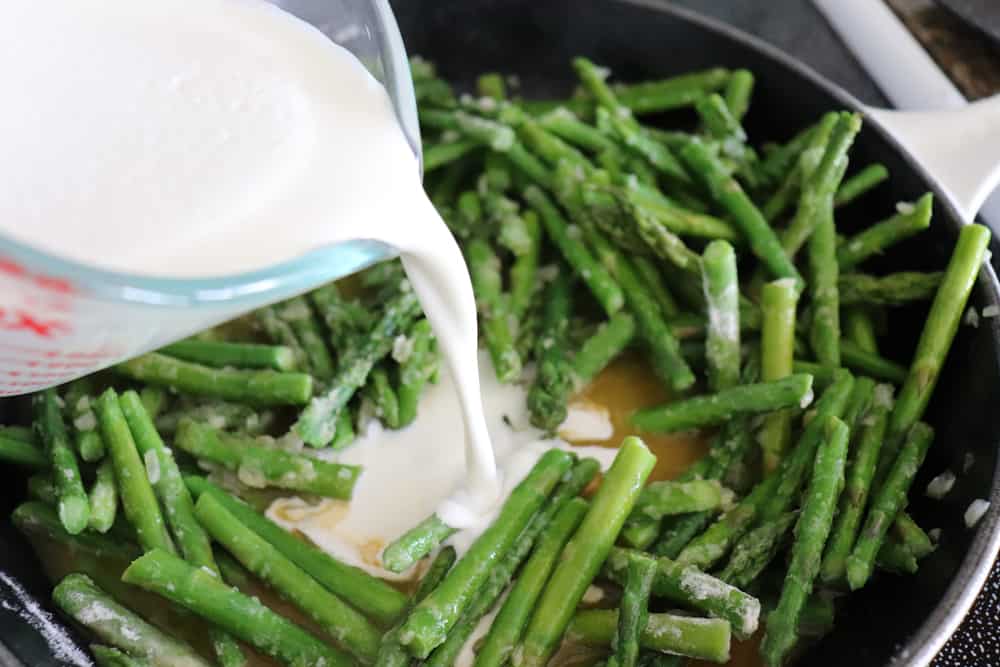 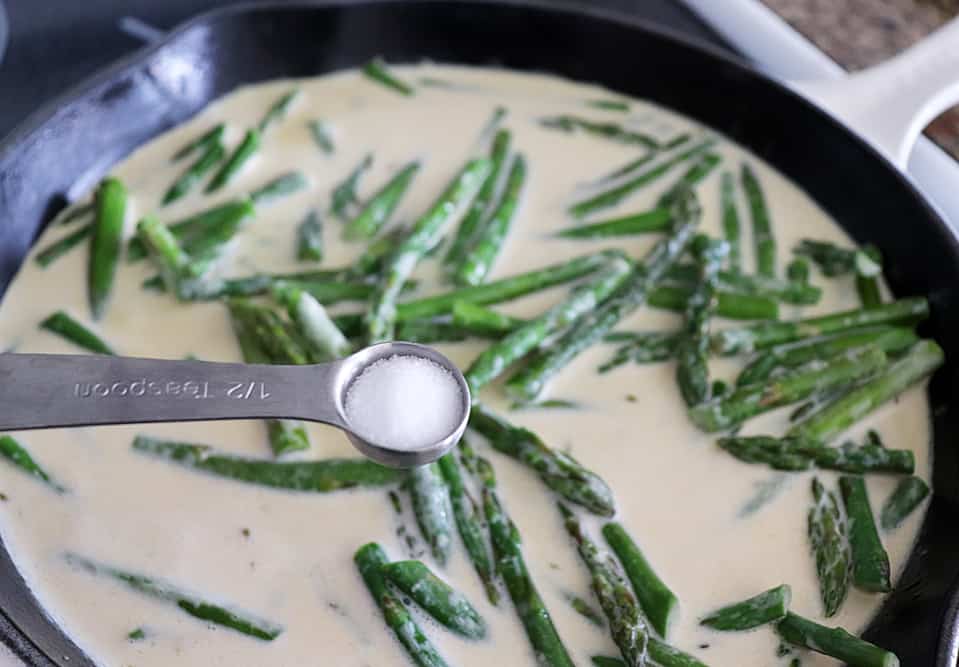 and a generous amount of pepper. 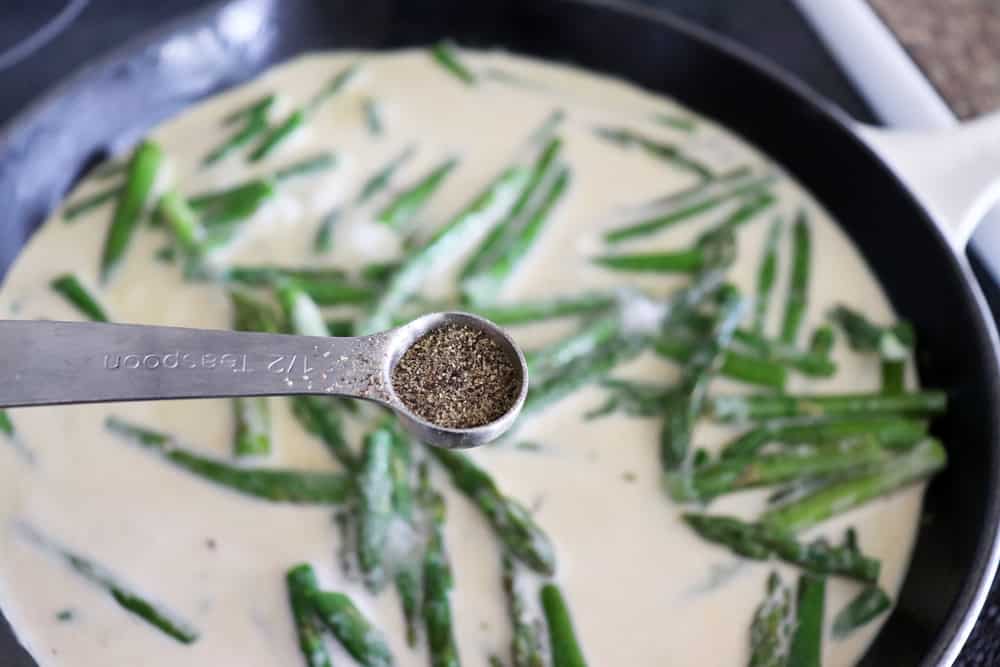 Bring the cream sauce to a boil and stir occasionally until thickened. 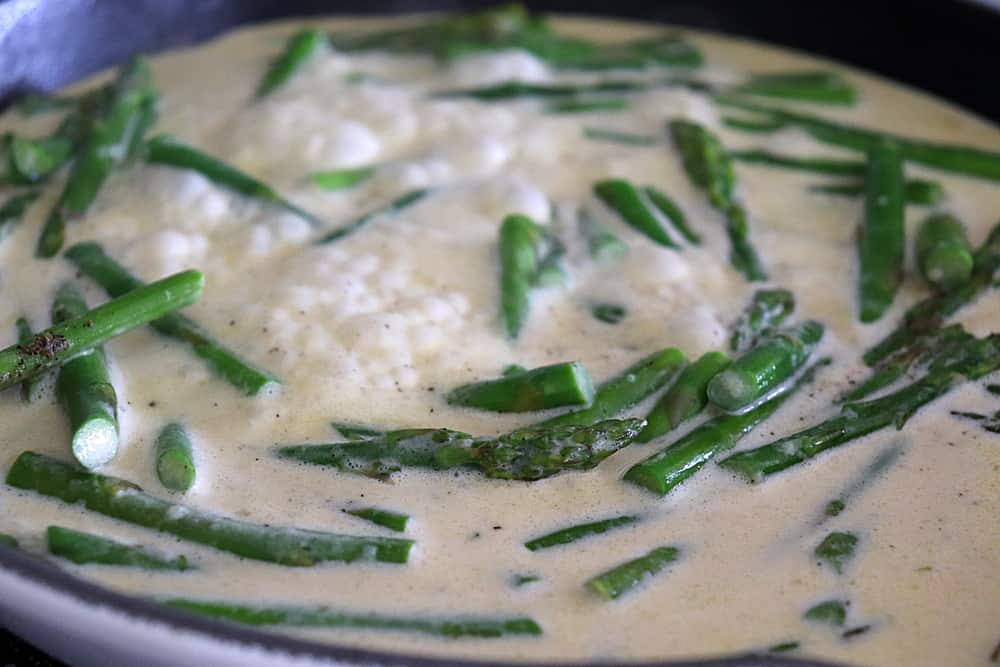 You have a few options with this recipe. I’ve done it with a splash of white wine to the shallot cooking stage, allow the alcohol to evaporate. It totally changes the taste of the final dish.

Additionally, feel free to season with your favorite herbs. Today, I kept it simple with fresh parsley and a sprinkle of paprika for garnish. 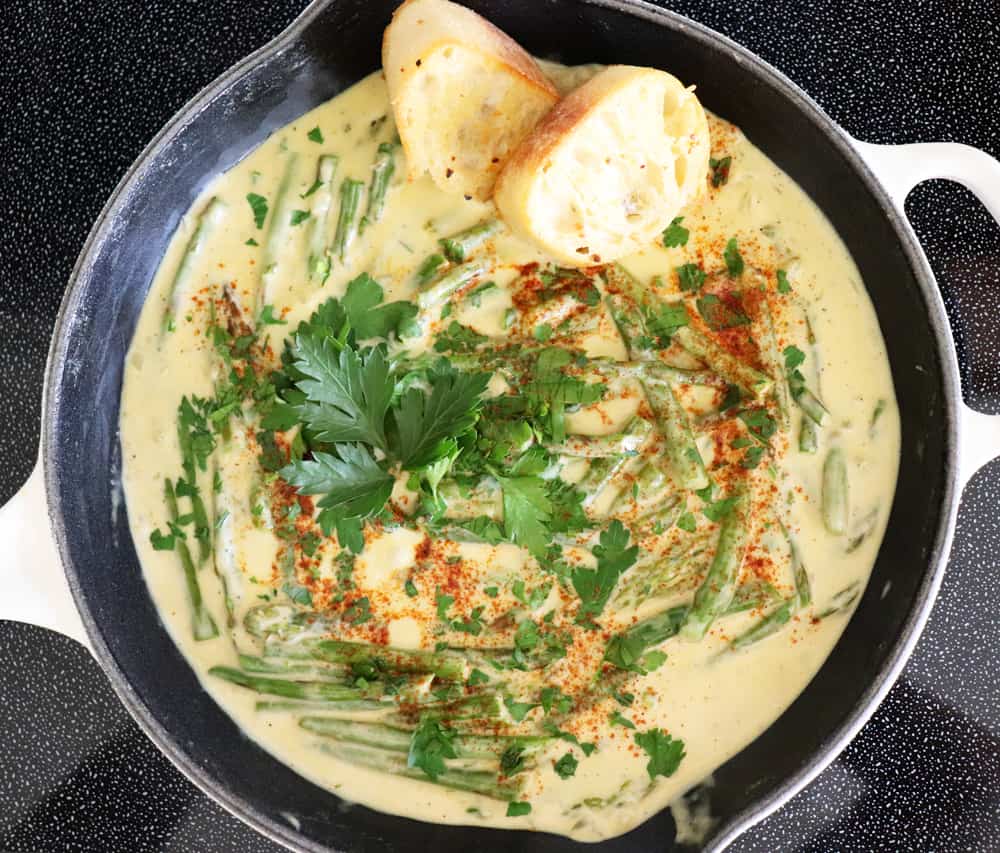 Did you make this recipe for Asparagus in Cream Sauce? Leave me a comment below and let me know what you thought!

And if you enjoyed the recipe, hover over the image below and click to PIN IT FOR LATER! 🙂 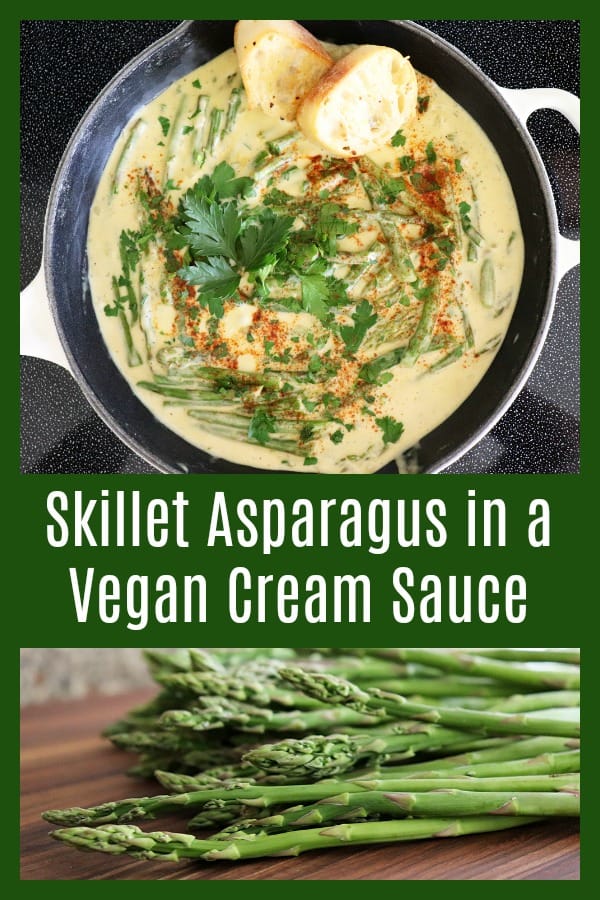 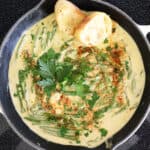 FOR THE GARLIC TOAST:

FOR THE GARLIC TOAST: 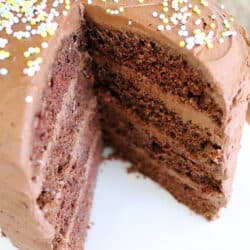 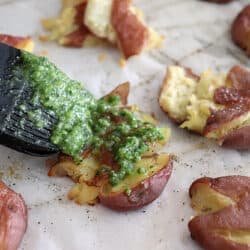